Share
The Playhouse goes off the hill again this January with Pinocchio, the much-loved tale about a wooden puppet who’s full of child-like whimsy. Brought to life by the lonely toymaker Geppetto, Pinocchio is a mischievous marionette who must learn important moral lessons if he wants to become a real boy. Through playful antics, magical creatures and madcap comedy, Pinocchio is a delightful adventure that celebrates the possibilities of imagination.

Adapted by Toby Hulse (who also penned last season’s Off the Hill play Around the World in 80 Days), Pinocchio is based off the original stories written by Carlo Collodi. Collodi had spent much of his life as a civil servant and vocal activist in Italy. He was passionate about the importance of education, which led him to create one of the most beloved characters in children’s literature. Pinocchio first appeared in serial form beginning in 1881 in Italy’s Children’s Magazine in The Adventures of Pinocchio: The Story of a Puppet. The stories were hugely successful and were published as a novel in 1883. They have since been translated to more than 100 languages.

“Pinocchio is a classic tale that is still relevant and exciting for kids as well as parents,” says Director of Education and Community Engagement Daunielle Rasmussen. “It is an intergenerational gem that is a joyful experience for the whole family from the littlest to the oldest member.” 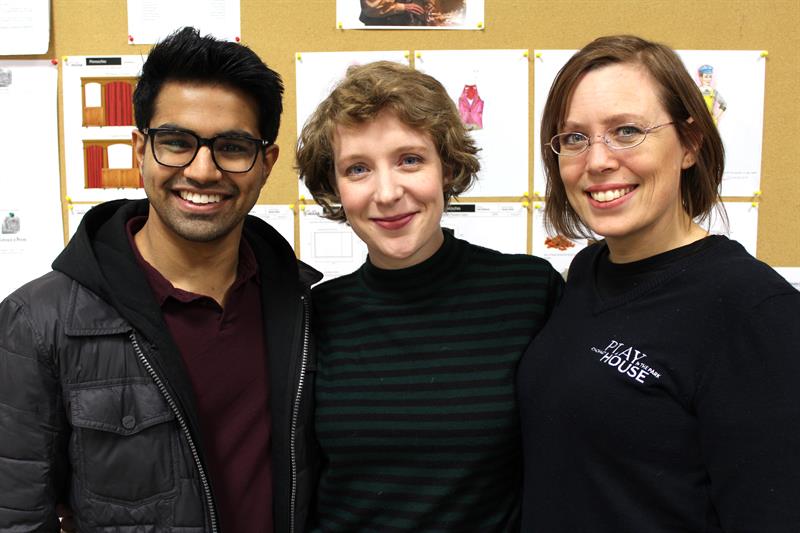 
While children adored Pinocchio’s adventures in their first publication, audiences particularly appreciated Collodi’s realistic depiction of youngsters. The wooden puppet, though fantastical, was impulsive and playful, and he learned the same kinds of lessons that readers learned.

“Pinocchio’s quest to become a real boy is parallel to the task of growing up,” says Rasmussen. “Along the way, we have to make decisions about the friends we keep, the things we value and the relationships that we want to build with friends and our parents.”

In this adaptation, Hulse stays faithful to the way Collodi imparts moral wisdom through the narrative while ensuring that the story still has plenty of playfulness. 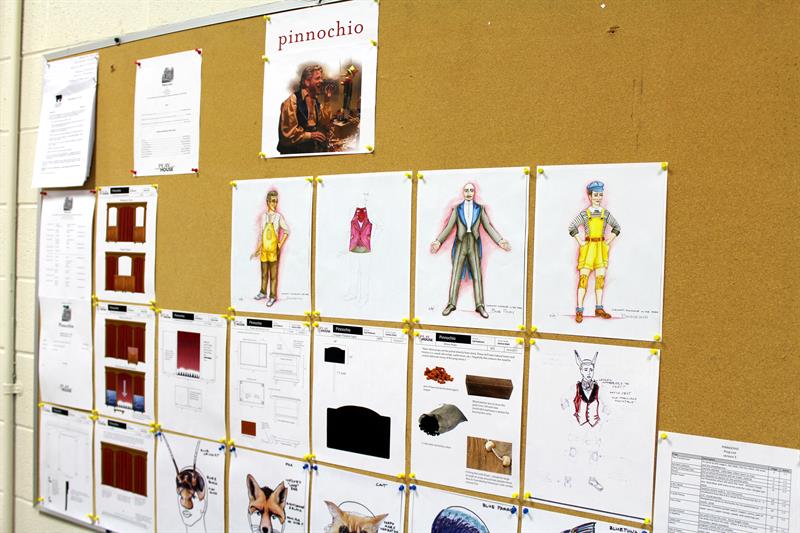 Set design and costume renderings at the Company Meeting for our Pinocchio.


“I think Pinocchio is an irresistible character,” says Playhouse Senior Directing Fellow Cait Robinson, who directs the show. “I want children to be able to fall in love with and identify with him — his love of singing and dancing, his silly sense of humor and the way he grows wiser and kinder over the course of the play.”

Robinson allows this type of child-like energy to flow through the entire production and invites the audience to broaden their imaginations every step of the way. Three performers (members of the Playhouse’s Bruce E. Coyle Acting Intern Company) take on the script’s two-dozen characters of humans, animals and magical creatures, while donning original wardrobe pieces created by Playhouse artisans. Painted panels and curtains transform the world of the story from the comfort of Geppetto’s toyshop to the wild of the woods to the depths of the ocean.

“The scope of Pinocchio’s journey will be a lot of fun visually for our audiences to experience and explore,” says Rasmussen. “Cait uses movement beautifully to depict the world and the adventure of Pinocchio in a way that captivates the imaginations of our audiences.”

“It takes on an energy and a playfulness that’s just infectious,” says Robinson. “And I think that joie de vivre is something that everyone who sees the show, regardless of age, can put in their pocket and take home with them.”

Pinocchio tours the Greater Cincinnati area from Jan. 19 to Feb. 11. For information on locations and tickets, visit the production detail page.