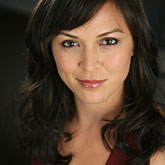 I started dancing at four and performing in The Nutcracker at age 5 or 6. I did my first play, Annie, when I was 8 years old because my older sister was going to audition (her friend Emily told her about it). I said, "Well, if she's going, I'm going." I have a minor in theatre from Boston University and an MFA from Columbia University.

I thought about other occupations when I was child. I wanted to maybe be an architect like my Dad, maybe an astronaut, and at various times have thought about cooking, lawyering or being a psychologist — and who knows? I may do some of those jobs still. Once I started performing I never really wanted to do anything else. I had a dream once that I was a doctor. I was very proud of myself in the dream, but when I woke up I realized: I didn't want to be a doctor; I want to play a doctor. That's what I love about it: you get to live whole other lives — look into whole other worlds — and you get there through a process of playing this amazingly challenging game of bravery, logistics and creativity.

I played a possibly homicidal nanny-bot in a post robot-apocalypse world. It was utterly ridiculous but incredibly difficult because of the physical demands and because a lot of the dialogue was nonsensical binary code that I had to make mean something. It was very fun.

Dionysus in The Bacchae. I like tricksters. I like physical and emotional extremes. I like fun tinged with danger dancing over deeper hidden depths, and I like that this seemingly comic character reverses to a very dark place.

The most interesting part for me is always problem-solving. What I liked the best? Well. The people and the process. I feel grateful. 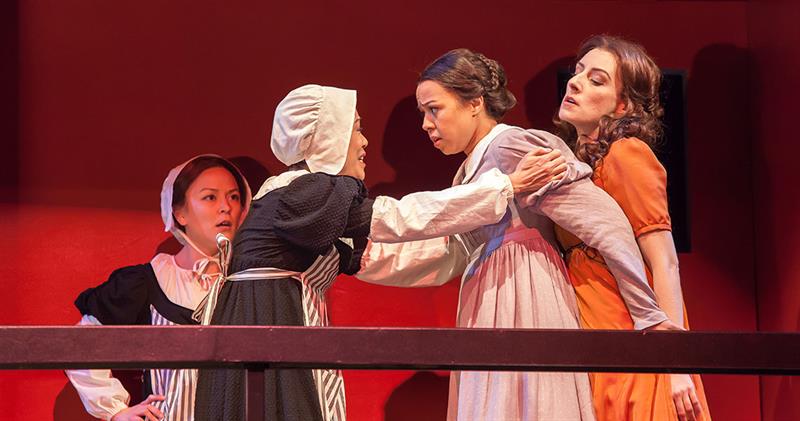 To learn more about the Playhouse production of Jane Eyre, visit the production detail page.