Grant is thrilled to return to Cincinnati Playhouse in the Park where he has appeared as Charlie Stewart in Mad River Rising and as Aramis in The Three Musketeers. Most recently, Grant appeared as Sherlock Holmes in Holmes and Watson at Milwaukee Repertory Theater, Ned Alleyn in Shakespeare in Love at Cleveland Play House and as Randall Utterword in Heartbreak House at Hartford Stage directed by Tony Award-winner Darko Tresnjak. National tours include The Merchant of Venice starring F. Murray Abraham. New York credits include Antony & Cleopatra and The Merchant of Venice (Theatre for a New Audience); King Lear and The Iliad (Lincoln Center); Pericles (Red Bull Theater); and Richard II (The Pearl). Regional credits include extensive work with such theatres as Yale Repertory, Shakespeare Theatre Company (D.C.), Chicago Shakespeare Theater, The Old Globe, Actors Theatre of Louisville, Court Theatre, Pioneer Theatre Company, PlayMakers Repertory, Indiana Repertory, Syracuse Stage, The People's Light and Theatre Company (Philadelphia), Shakespeare Theatre of New Jersey, Clarence Brown Theatre, Arizona Theatre Company and the Utah, Illinois, Notre Dame and Kentucky Shakespeare festivals, among many others. Film and television credits include As the World Turns, Sex and the City and Sleepers. Visit grantgoodmantheatre.com. 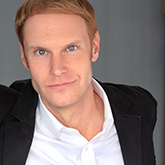 I've been acting professionally for 23 years now (hard to believe!) and I trained at New York University's Tisch School of the Arts. When did you know you wanted to be an actor, and what’s your favorite part of the job? I grew up playing sports (my father was a football coach), but I always acted in all the high school plays and musicals. I think most of the other teachers thought my father wouldn't appreciate it if they encouraged me to go into the arts and assumed I would pursue a career in athletics. During rehearsals for a high school play, I asked a student teacher in the drama department (who didn't know "the rules") what I should do with my life. She said, "I think you should move to New York and become an actor." So, I did! I think one of the things that drew me to acting and remains my favorite part of the job is the aspect of storytelling. Most actors I know don't really care much for the "limelight" but are instead interested in telling great stories. Live theatre in particular appeals to me because a room full of people agrees to willingly suspend their disbelief and to be transported into the world of a story. Breathing the same air as the actors, an audience consents to be told a tale. I suppose it's that bargain between actor and audience that is magical to me. 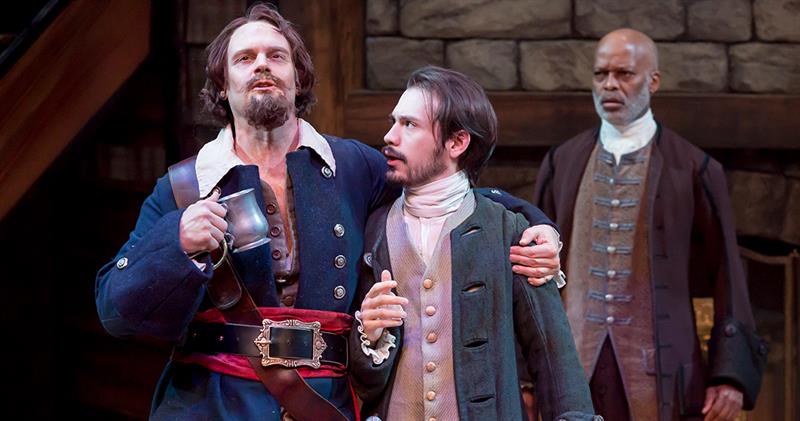 I've been extremely fortunate enough to play some fantastic roles, and I don't know if I can name just one. How about two? I'd have to say the title roles in Hamlet and Macbeth. Hamlet because it is the greatest work in Western literature, and Shakespeare gives you, as the actor, such expansive fuel to act the part. Macbeth because of the challenges it presents as well as the metaphysical ideas with which you must wrestle to play the part.

I've been dying to play the title role in Coriolanus — which I'll be playing this summer in Indianapolis. Come see it! 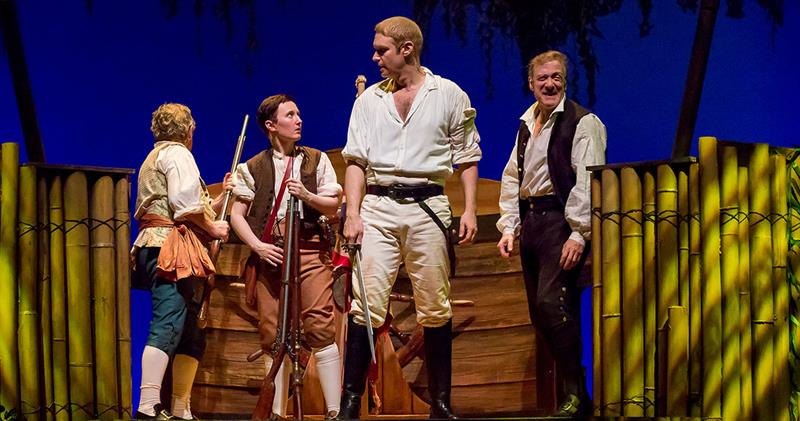 The most interesting and exciting part about working on Treasure Island has been getting to know the story and the world of the story so intimately. The Strange Case of Dr. Jekyll and Mr. Hyde has been one of my favorite novels for some time, but I had never read Treasure Island until a few years ago. Learning about piracy in its "golden age" and the Spanish Main and the intricacies of sailing in the 18th century and naval warfare has been extremely interesting. Plus, we've all been watching the series Black Sails, which is a "prequel" to Treasure Island, and that's been fun research!