Share
Murder for Two director Paul Mason Barnes provides insight into how he will approach and bring to life this zany murder mystery in which two actors create a musical comedy whodunit guaranteed to keep you guessing — and laughing — until the very last note. 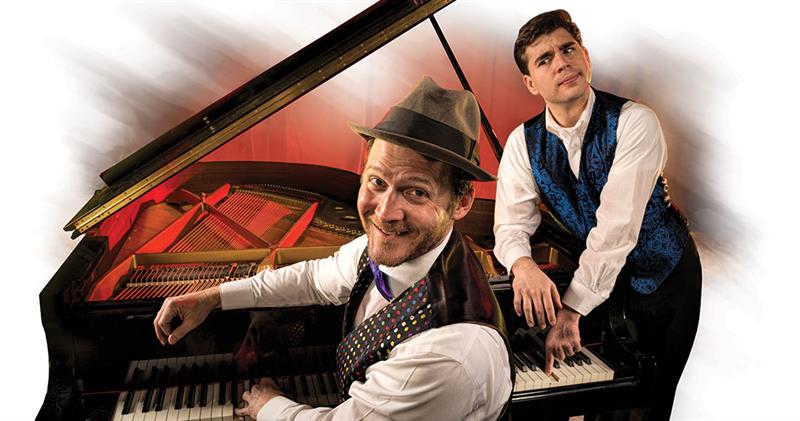 You’ve directed a broad range of genres, from classics and Shakespeare to musicals and new works. How does Murder for Two fit into your repertoire? What past productions inform your approach?

I have been very fortunate over the course of my career to not be pigeon-holed as only one kind of director and, as a result, have had a diverse range of assignments. I've directed many plays by Shakespeare, a lot of large-scale musicals, British and American classics, musical revues (which is what Murder for Two qualifies as) and most recently, a lot of new plays, which I find very exciting. I've done several productions of Michael Frayn's Noises Off, three productions of Forever Plaid, one production of The Complete Works of William Shakespeare (Abridged), two productions of The Comedy of Errors, one production of Agatha Christie's The Mousetrap and one production of Tomfoolery — a terrific musical revue based on the work of the musical satirist Tom Lehrer.

I think I'll be drawing upon my experiences with all of these plays, which have taught me much about comedy, farce, mystery and music. But I think a director needs to begin at the beginning any time she or he approaches a new assignment: what's the truth of the story, and what style is best applied to convey the author's intent to an audience? I think Murder for Two exists to delight and entertain, and as much as I relish assignments such as Hamlet or King Lear, I love the feeling of satisfaction that's derived from giving people a really fun hour or two in the theatre. Taking people out of the sometimes mundane routine of their daily lives is a part of what we do and, I think, a wonderful service to humankind.

Playwrights and composers Joe Kinosian and Kellen Blair have pulled inspiration from the work of Agatha Christie, silent film comedy and the pantomime shtick of the Marx Brothers. How do we see each of these elements play out in this production? How do they all work together?

Often the work of playwriting and directing is derived from source material, and it's our job to pull together whatever sources may have inspired a playwright and informed their work into a cohesive whole. Clearly, British music hall, pantomime and a bit of Monty Python, along with the Marx Brothers, early silent films, the murder mysteries of Agatha Christie, have all been poured into the creation of Murder for Two. The challenge will be to not provide a kind of schizophrenic experience for the actors or audience in which the various sources don't meld together, but to blend them into a marvelous and consistent concoction. My job is to be familiar enough with those forms to be able to pick and choose which elements best fit our production and to not confuse the actors, the designers or audiences with my possibly irrelevant notions, ideas or interpretation.

You’re a lifelong artist and have worked in many theatrical disciplines, and you’ve written that it all comes back to your love of a good story. In your opinion, what makes Murder for Two a good story?

I do love a good story, and what I find particularly challenging about Murder for Two is to ensure that it's clear and not confusing to the audience so that they're able to take the ride and not be left in the dust on the boarding platform, scratching their heads. What makes Murder for Two a good story is the mystery of it all. It's a whodunit, and the audience needs to be sufficiently engaged, intrigued and drawn into the story in order to figure out the culprit. Messrs. Kinosian and Blair provide wonderful breadcrumbs along the way, and it'll be my job — our jobs — to make sure those breadcrumbs all add up without giving anything away before the actual murderer is revealed.

To learn more about the Playhouse's production of Murder for Two, visit our production detail page. 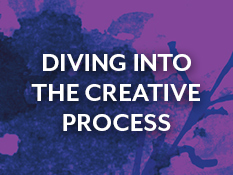 Get out of your head and into your body with physical comedy in the style of Murder for Two! Make audiences laugh while exploring the potential of space and movement for the stage with a Playhouse resident teaching artist. Adults and teens ages 16 and up with all skill levels are welcome!