Share
Meet Tina Chilip, who makes her debut at the Cincinnati Playhouse in the Park in Jen Silverman's All the Roads Home. 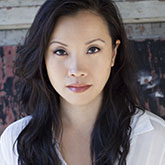 Off-Broadway credits include the world premiere of House Rules (Ma-Yi Theater), Golden Child (Signature Theatre), A Dream Play (National Asian American Theatre Company), Flipzoids (Ma-Yi Theatre) and The Joy Luck Club (Pan Asian Repertory Theater). Regionally, she was in Tokyo Fish Story (The Old Globe), after all the terrible things I do (Huntington Theatre Company, IRNE Award nomination for Best Actress–Play), Our Town and Chinglish (Portland Center Stage), The Intelligent Homosexual’s Guide to Capitalism and Socialism with a Key to the Scriptures (Berkeley Repertory Theatre), M. Butterfly (Guthrie Theater), Yellow Face (TheatreWorks Silicon Valley) and shows at Syracuse Stage, Trinity Repertory Company and American Conservatory Theater. Internationally she was in Golden Child (Cultural Center of the Philippines). Her television appearances include Elementary, Madam Secretary, Royal Pains and The Mysteries of Laura. She can also be heard in podcast series “LifeAfter.”

I started late. I already had a full time corporate job when I discovered acting. But once I decided to make the leap, I went to get my MFA at the Brown University/Trinity Rep graduate acting program.

I needed a creative outlet from my job and started taking acting classes at American Conservatory Theater after work since it was near my office. Then it became the hobby that took over my life.

Xi Yan in David Henry Hwang's Chinglish. When I first read the script, I fell in love with the role and was dying to play it but thought I couldn't because so much of her text was in Mandarin. My Mandarin is pretty rudimentary, so the thought of having to learn all that text was not just terrifying but seemed impossible. But the director believed in me and pushed me to take the role. The theatre got me a tutor; I fell in love with the language; and I got to do a role I thought I never would be able to play. And being able to do something you thought you never could do is pretty exhilarating.

I personally love doing new works so there's not necessarily a role I'm dying to play since well, they're new and haven't been written yet. I find originating a role to be very fulfilling because you get to create the first map for that character.

We had so many changes leading up to opening since this is the world premiere. It was really great to be part of that creative process and watch everyone just jump in collaboratively and be so willing to roll with all the changes in service of the story. 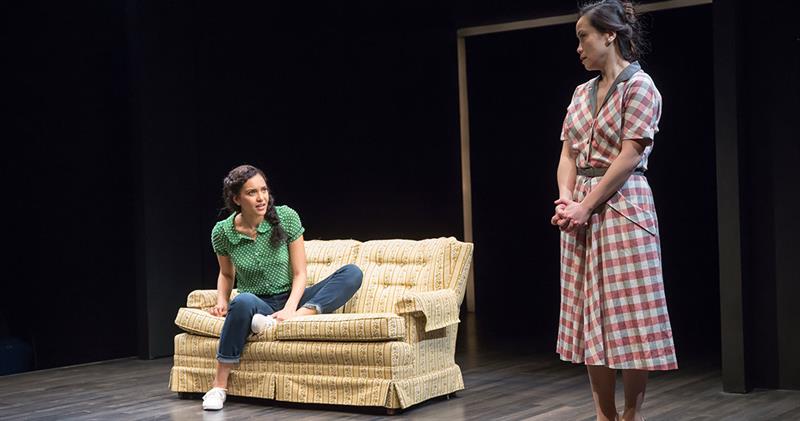