What do you know about Frida Kahlo? Maybe your first thought is of her signature unibrow or her husband and painter Diego Rivera or maybe of her self-portrait with a monkey. Today, her paintings and likeness can be found on calendars, posters, sneakers, postage stamps and many other household items. A movie, an opera and numerous books have been written about her life. An immersive Kahlo exhibit has opened in cities around North America, and a musical about Frida is expected to open on Broadway in 2024.

Because of Kahlo’s popularity in contemporary culture, for many of us our entry into Kahlo’s life and work is through those who are inspired by her. Vanessa Severo, playwright and star of the Playhouse’s production of Frida…A Self Portrait, found her own entry into Kahlo’s life. About seven years ago, Severo and an old friend of hers were chatting over coffee. The old friend told her he saw Kahlo in her. That comment inspired the stunningly creative, one-woman production that Playhouse audiences will see this fall at The Carnegie Theatre in Covington. 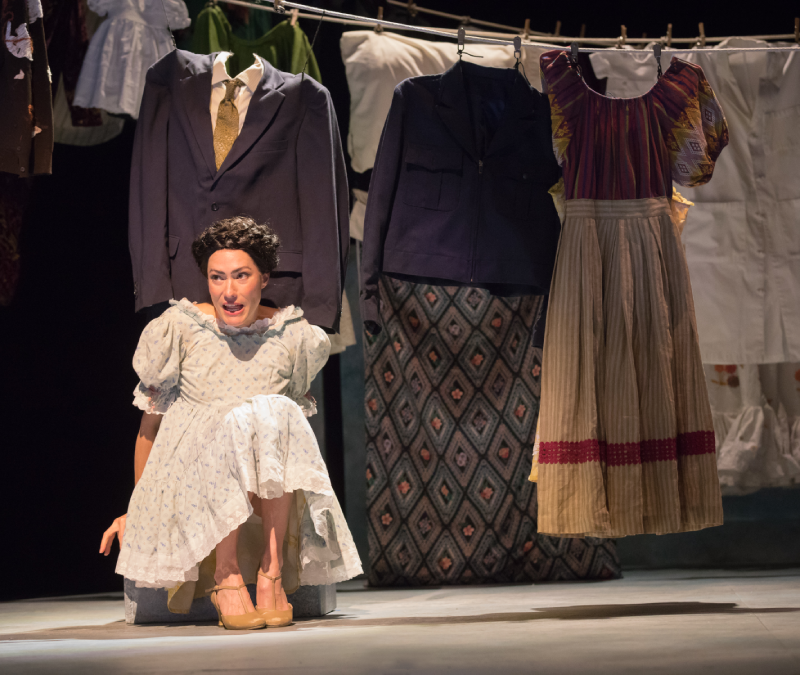 Severo started with research on the iconic Mexican painter. “I found this woman that was very ahead of her time — and very tweetable, actually, for today — and kind of the first selfies I would say of the 1930s and ‘40s. But the difference was that in today’s world, we try to put on a patina of ‘everything’s great,’ and here’s this woman who’s painting her pain very clearly and unapologetically, and I thought, I wanted her to be alive and breathing today,” Severo said in an interview with Oregon Public Broadcasting.

The first draft of the play focused only on Kahlo. Severo took six different instances of tragedy from Kahlo’s life and explored how she conquered these tragedies through her art. The first draft was performed at The Living Room Theatre in Kansas City, but Severo felt it was still unfinished. She says, “I wanted to know how Frida Kahlo lived, what the streets smelled like, the footsteps she took on the streets and what her community thought of her, and I wanted to be in her house.”

After receiving a grant, Severo traveled to Casa Azul in Mexico City, Kahlo’s house and now museum. What Severo learned there changed the nature of the play completely. She says, “I realized I couldn’t tell Frida’s story without telling my own. So the difference [between the first draft and this production] is that, it didn’t just become ‘Frida: A Self Portrait,’ it became ‘Vanessa: A Self Portrait’ and this heart string that we share, attached to each other.” 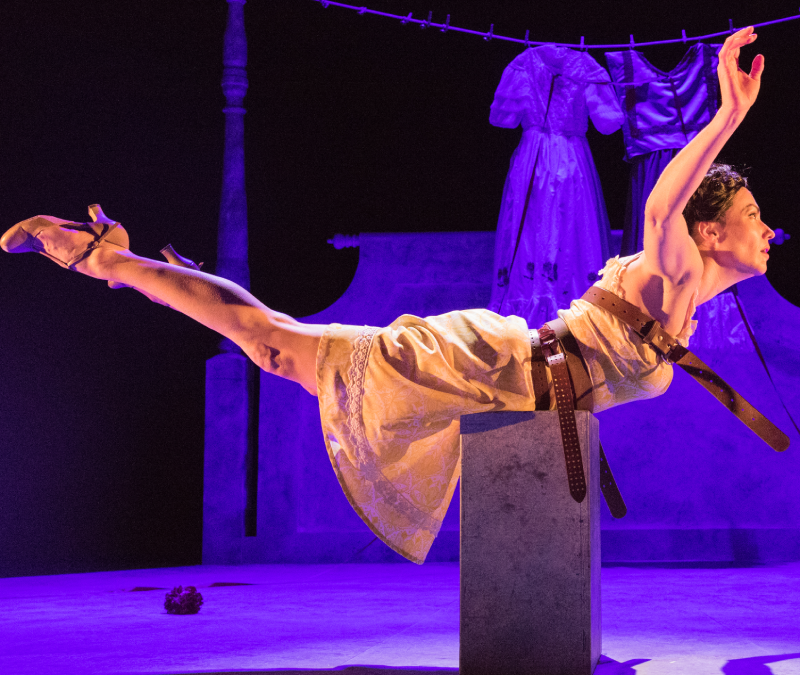 Severo’s expertise as an actor, writer, dancer and choreographer are all on display in Frida…A Self Portrait. Although Kahlo is the main character of the play, Severo deftly portrays many characters, from Rivera to Frida’s parents and sister. The play is written as an interview with Kahlo (Severo also plays the interviewer) and beautifully incorporates movement, monologue, and Kahlo and Severo’s life stories into one cohesive piece.

Playhouse Associate Artistic Director Joanie Schultz directed the world premiere of the new draft at Kansas City Repertory Theatre and at Portland Center Stage. She will be directing the Playhouse’s production as well. She says of Frida…A Self Portrait, “What we are left with is pure Frida and pure Vanessa: searching to be seen and understood and reaching a hand out to all the other ‘strange’ people in the world through their honest expression of self.”

Frida…A Self Portrait runs October 15 through November 6 at The Carnegie Theatre.