Agatha Christie is the best-selling novelist of all time. Why do you imagine the mystery genre so captivates readers (and audiences)?

Who doesn’t love a good mystery? There is something so satisfying about solving a mystery, right? It is fun, it is challenging, and when you reach the end, you feel a sense of accomplishment.

I read an article by Elizabeth Nunes titled, “Why is the Mystery Genre So Appealing?” Nunes said, “The intrigue that gently ensnares you in the first few chapters morphs into the kind of suspense that leaves you clutching the book while you lean over its pages, as if the closer you get to the words, the quicker you can move the story along. It seems like it’s taken eons to get to the end of the book; the stress has taken years off your life. You may never solve it at this rate. And then, all of a sudden, the answers are there and the book has ended. You glance around, dazed, surprised the outside world is still the same, what with the huge plot twist you now know. You realize you’ve been holding your breath. Your mind has been blown. Who could resist coming back for more?” I love that description. We want the play to feel as if you were reading the novel for the first time. 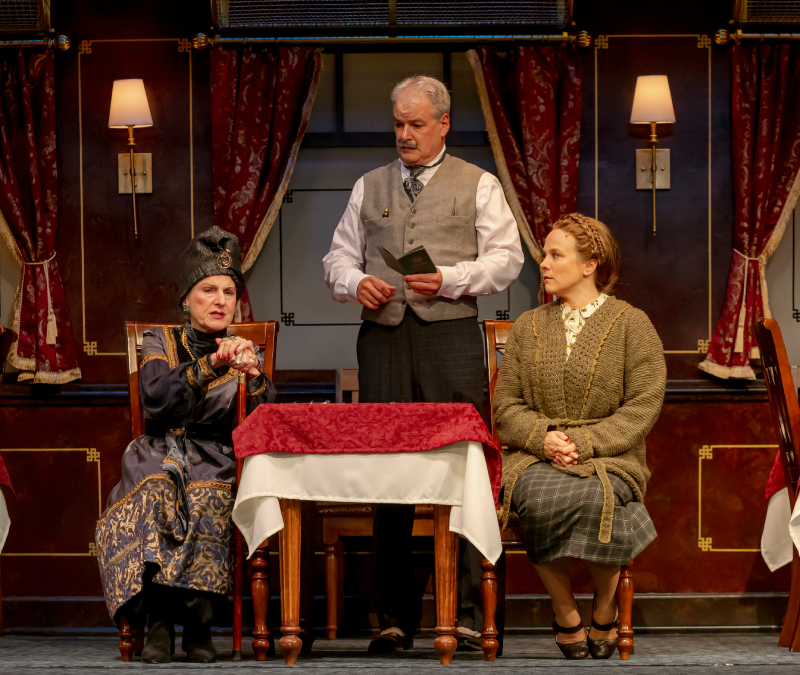 Theatregoers may have experienced other adaptations of Christie’s novels, such as And Then There Were None and The Mousetrap. In your opinion, what makes Murder on the Orient Express stand apart? Are there “classic Christie” elements that audiences can look forward to?

All of the Christie elements are there in this adaptation. Poirot is in rare form, as per usual. He has a foil in the character of Monsieur Bouc, who runs the Wagon Lit. Clues are dropped and picked up. Bouc, like the popular Christie character Hastings, tries to put the pieces together…without success. Poirot solves the mystery with brilliance, just like always! Classic Christie for sure.

Playwright Ken Ludwig’s adaptation is fast-paced and clever. As an accomplished director, is there anything you specifically appreciate about Ludwig’s script?

I think Ludwig’s adaptation is masterful. I find it so interesting that the book was published in 1934, adapted into three radio plays (1966, 1992 and 2017), two films 40 years apart (1974 and 2017), three television programs including a Japanese version in 2015 and one lone play by Ludwig which premiered in 2017. Why didn’t anyone take a crack at adapting it before now? Let’s see: 13 characters, set in a restaurant in Istanbul, on a train platform, in three different compartments, a corridor and a dining car on the stunning Orient Express may have been daunting to some…but not Ken Ludwig. 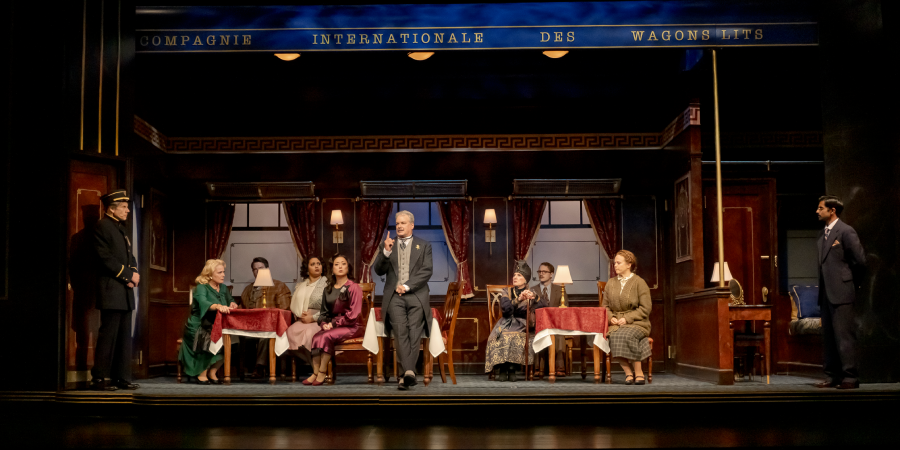 The cast of Murder on the Orient Express.

I remember seeing the first film and absolutely loving it. What I admired most were the rich, colorful characters played by so many great stars of the day: Albert Finney (in an incredible, over-the-top, scenery-chewing performance), Lauren Bacall, Vanessa Redgrave, Sean Connery and more — the cast was a wow. Christie wrote fabulous roles, and Ludwig’s version exploits, expands, delights in those wonderful renderings. He has remained true to the original when it comes to portraying these delightfully complex, dramatic and quirky individuals. I really appreciate the delicate tone of the adaptation.

Murder on the Orient Express runs through October 23 in the Jarson-Kaplan Theater at the Aronoff Center.