Share
Playhouse Properties Manager John Gallagher describes the process and experience of building the set of Be Here Now with Playhouse artisans and craftsmen. This world premiere production follows two lost souls who somehow come together in their search for happiness. In the story, Bari works at a fulfillment center that ships Himalayan gifts around the world — except those objects are mass-produced and made in China (not by Himalayan villagers, as the fulfillment center claims). Amid the misgivings Bari has about her job, she begins seeing things in a new light when she meets Mike, a brilliant man who makes art out of garbage and strives to lead a simple lifestyle. 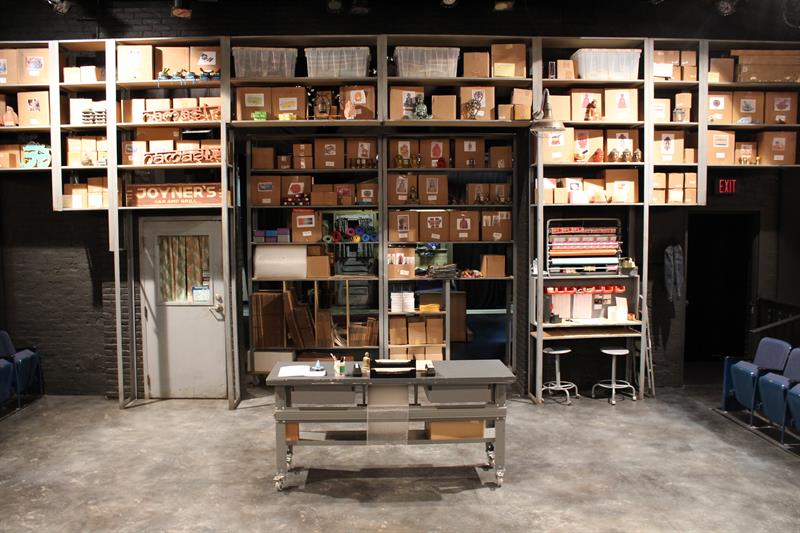 Set Designer Daniel Zimmerman had a few different designs before coming up with this one. At first, he wanted to be outside the fulfillment center and then he wanted to be inside the fulfillment center, and then he came up with this shelving concept. The shelving would serve as the backdrop to be in all the different places at once. The characters would all “be here now.” That gave him some artistic freedom to be able to leave things where they were, even though the characters might not be in that location. 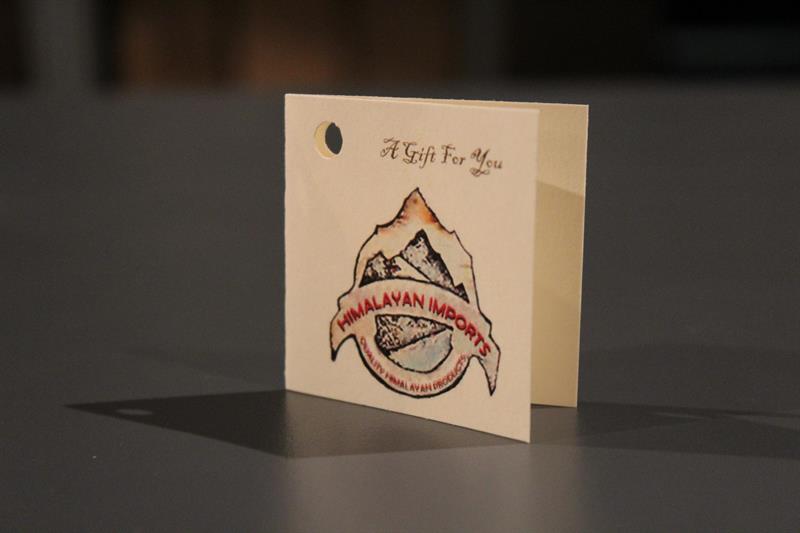 We basically made our own fulfillment center — “Himalayan Imports” — and created a list of items that we were going to offer. We took some from our stock and then some Daniel found on a website called DharmaShop.com, and we were able to buy some of those items. For example, the pillows and the little singing bowls came from Dharma Shop. The incense came from Dharma Shop. 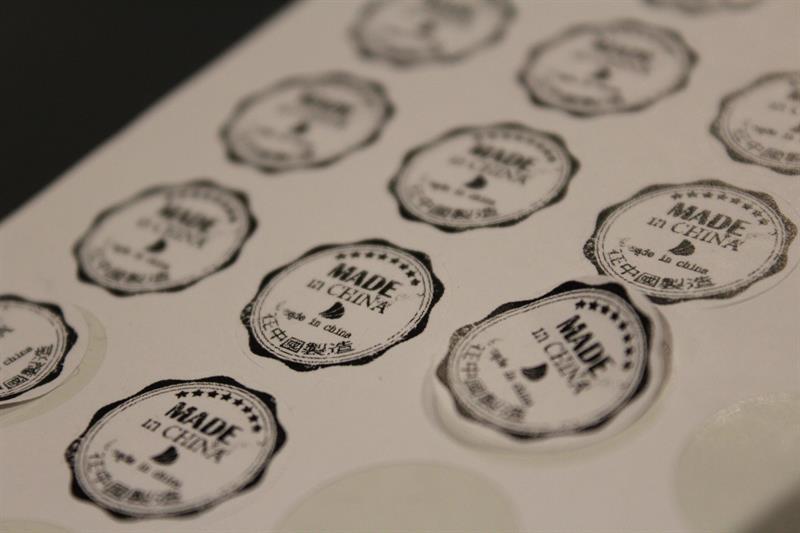 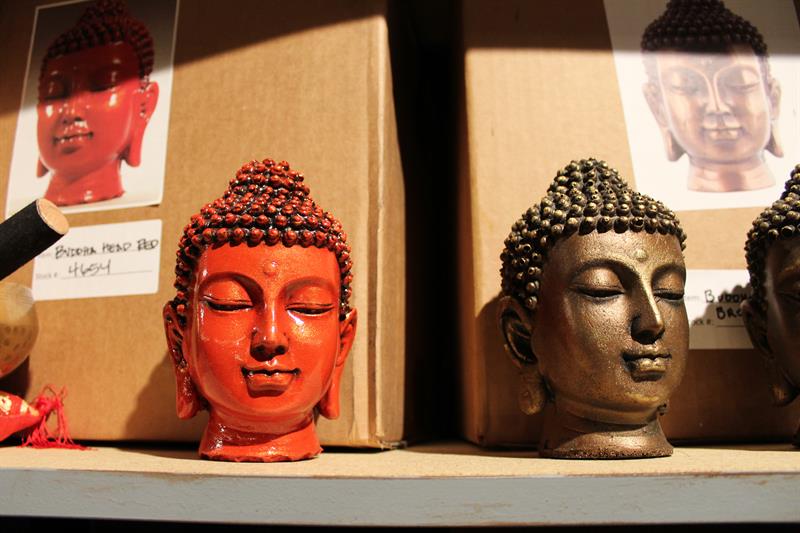 These golden Buddha heads we made in house. They’re are actually foam, believe it or not. We bought a Buddha head and then made a mold of it and then cast it out of foam so we can make multiples. Then that just gave us a little cheaper way to make it. 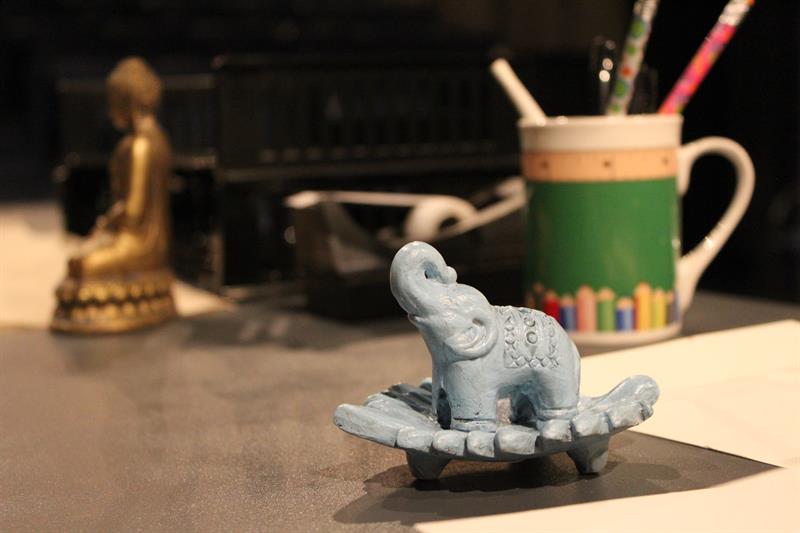 The blue elephant incense burners were all brown, but we wanted to make them look more ceramic because there’s a mention of ceramic in the play. We painted three to look like ceramic and left one looking more like wood. 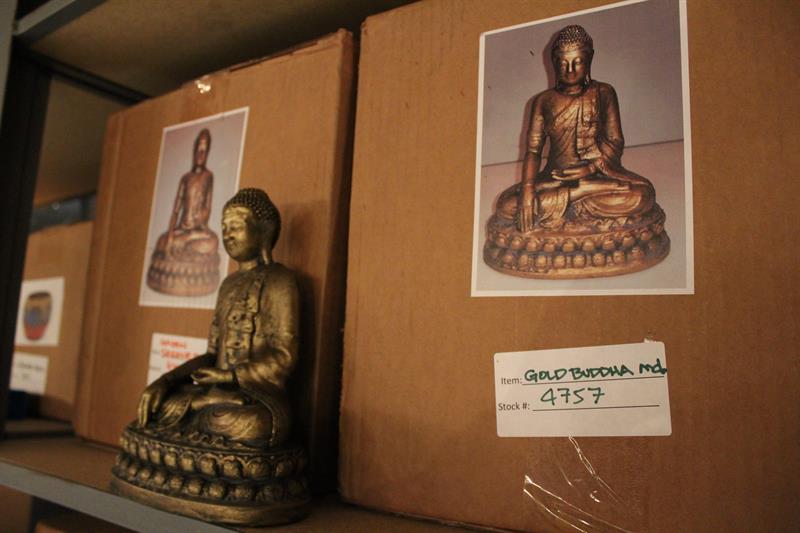 In the script, there is mention that one of the characters needs to package and send a “medium golden serene Buddha.” Medium implies that there needs to be a small and a large. If you go looking online for small medium and large Buddhas of the same shape, it’s next to impossible. How were we going to do this? Well, there’s this thing called the Thingiverse for 3-D printing, and we have a 3-D printer, so we used that technology to print a medium-sized Buddha. We were able to print four of them, and then that made a small and a large. Now we have small, medium and large, golden serene Buddhas. 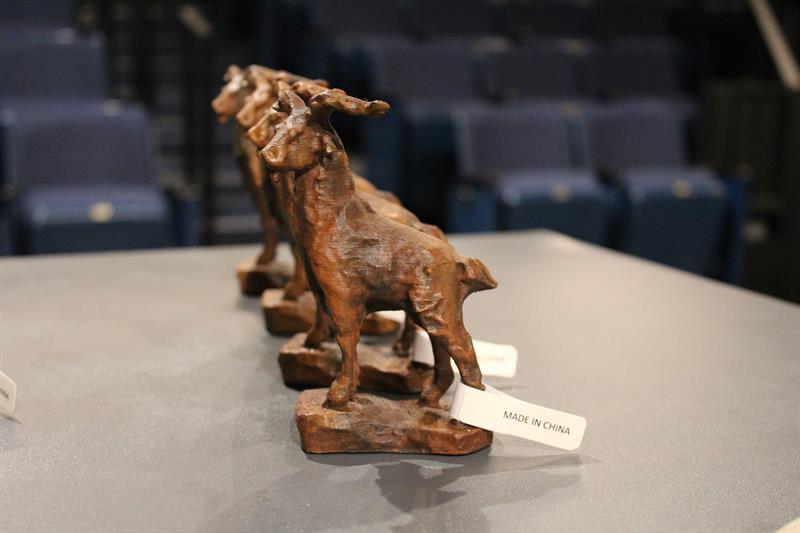 There's a mention of “cute little wooden goats” in the script, so I went looking for cute, little wooden goats — with a beard. Nowadays, it’s a heck of a lot easier to find unique props like that with Amazon and Google images and that kind of thing — but still, it was quite a challenge to find a cute little wooden goat with a beard that we could find multiples of. We found one that was gorgeous but it was $115 and we needed 5 of them. It would be insane to spend $600 on goats, so we 3-D printed that one. 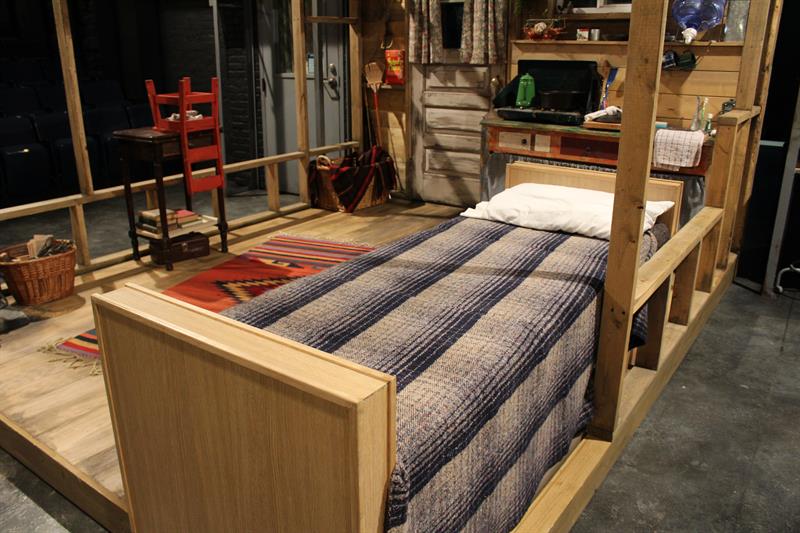 For Mike’s cabin, we thought, this is actually a family member’s cabin that he’s utilizing that’s close by, where he’s building a house for somebody else out of garbage. It was a challenge: how are we going to set dress this so that it looks like grandma’s old cabin, and what do you take to the cabin as a second home that you’re not using in your primary home? 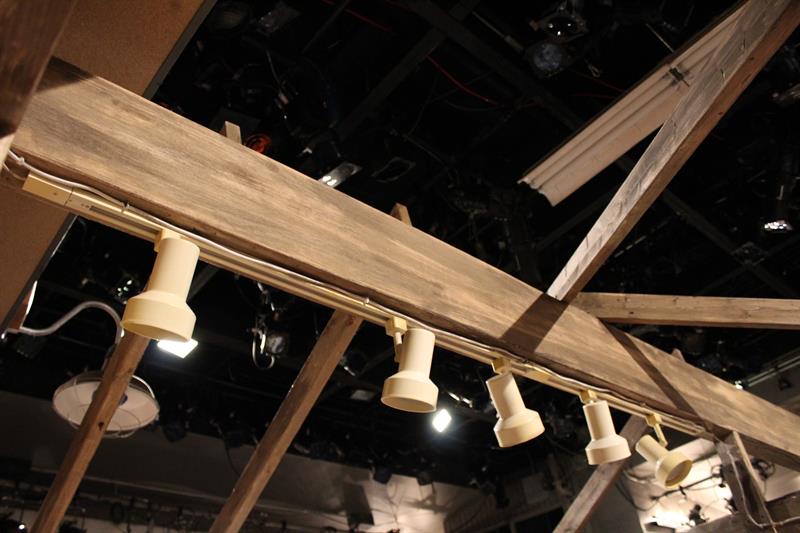 One of the unique things that you’ll see up there is some old, 1970s track lighting that I got off eBay, and we then yellowed it out even more for theatrical purposes. Just really yellowed it out and gave it a lot of dust and age so it looks like they installed this back in the ‘70s. There are a lot of things like that. Even the fabric choice in the bed unit is kind of old and tired and something — the whole thing looks very roughhewn. 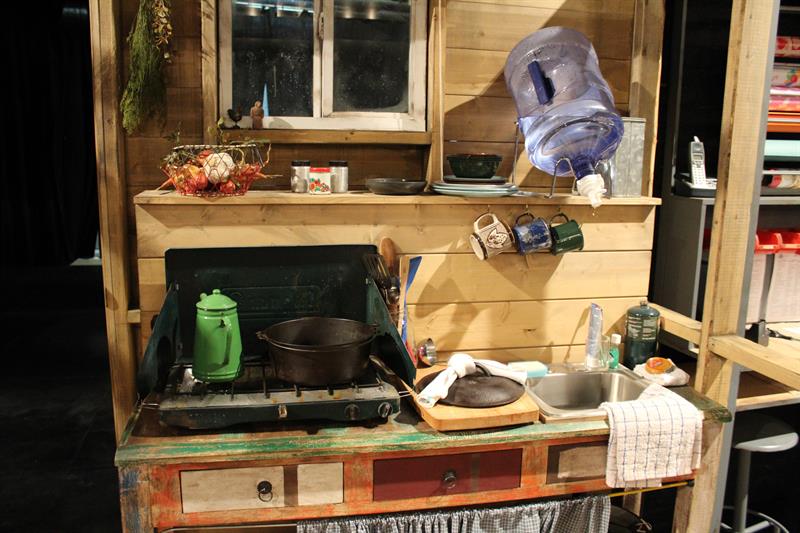 This old table — it actually was an old sideboard with drawers in it, and we said, “Let’s drop a sink in it and then we’ll put a water bottle above it and that’s where we’ll get out fresh water in this cabin.” That was Daniel’s concept — to make this very homey and like it was more of an afterthought. It’s a very simple way to do it when you don’t have any indoor plumbing. 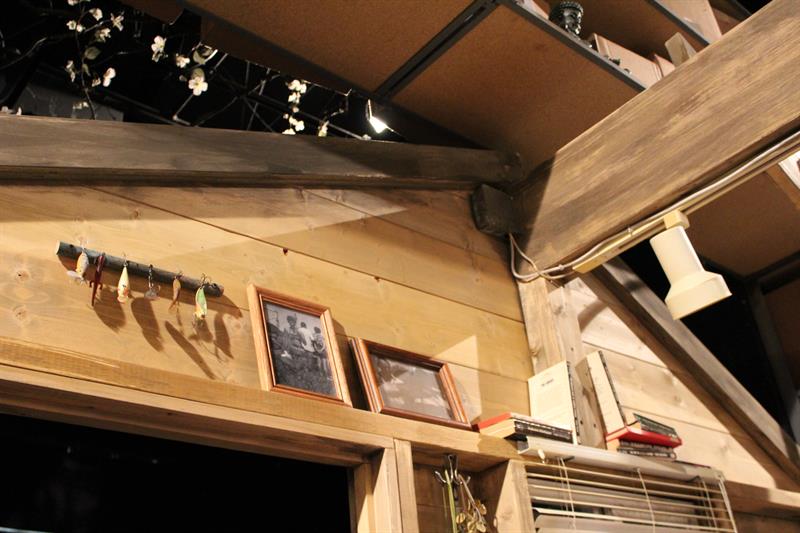 If this is the family member’s cabin, they have some fishing stories. In the photo, a family member is holding up a fish that they caught. We wanted to evoke a little bit of home and family. This whole thing needed to feel warm, so we’ve got some really warm colors and textures and just that good age. Because that’s what Mike is providing for Bari that she doesn’t have — that kind of love, that energy in the room.