Share
The world of Skid Row feels like a kitschy throwback to a time when June Cleaver had dinner on the table by six and rebellious teens donned greasy leather jackets. Though the original production of Little Shop of Horrors premiered in 1982, the story vaguely takes place in the 1960s and uses its toe-tapping musical score to invite the audience to examine the pop culture of that era. The play also includes Broadway show tunes and rhythm and blues to stylize the production in an exciting, updated way.

Here’s a look at the genres Little Shop of Horrors uses to create a satirical, musical treat.

In what might be the earliest evidence of boy bands, doo-wop is characterized by a small group of male singers singing a cappella in harmony, usually to the tune of softened up, wholesome lyrics. Think “In the Still of the Night” by Fred Parris and the Satins. “Doo-Wop” refers to the nonverbal background vocals provided by group members to create the rhythm. In a twist on the genre, Seymour sings “Da-Doo” with doo-wop flair as The Ronnettes keep background harmony. 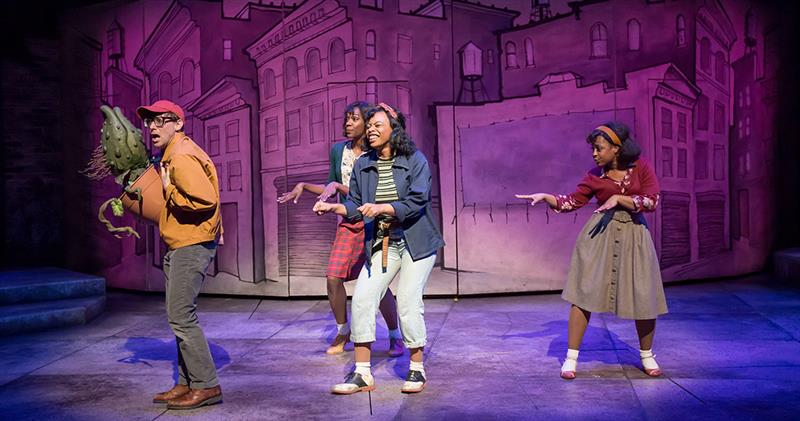 Little Shop of Horrors wouldn’t be the musical that we know today without the consistent direction of the Ronnettes. They serve as the story’s Greek Chorus, informing us of the characters’ backstories and providing access to the story’s themes. They take after the popular girl groups of the 1960s, reflecting the soulful yet upbeat tunes popularized by The Supremes, The Shirelles and The Crystals. They even reference The Ronettes (of a different spelling) whose biggest hits include “Be My Baby” and “Walkin’ in the Rain.” 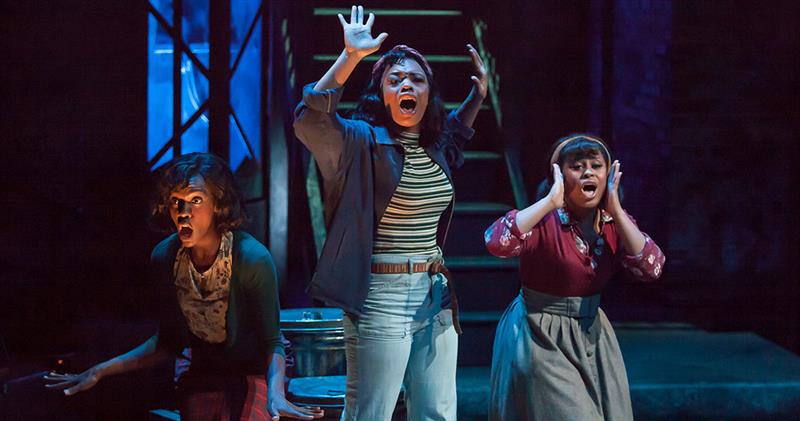 The villainous Audrey II takes on its own musical voice with the catchy and devilishly entertaining sounds of early rhythm and blues heard in the 1950s and ‘60s. In “Feed Me (Git It)” and “Suppertime,” Audrey II entices Seymour to keep feeding him in order to get him more of what he wants, all while using a steady drum beat, bluesy piano and soulful vocals to create a big band effect. The provocative nature of Audrey II’s lyrics also echoes the sultry and rebellious tones of the early days of R&B. 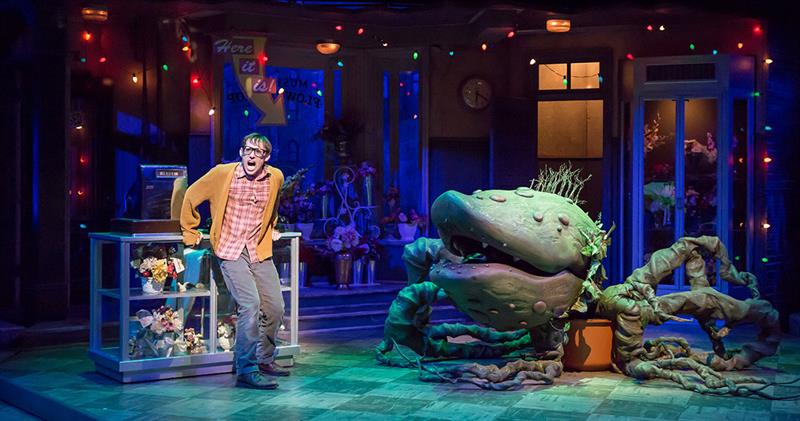 When Audrey waxes nostalgic for a fantasy that might not come true in “Somewhere That’s Green,” she doesn’t just sing a pretty tune. She delivers a character-based ballad that furthers the story’s action, not unlike the emotional “On My Own” from Les Misérables. Similarly, in the pivotal number “Suddenly Seymour” featuring both Audrey and Seymour, the production seems to halt right in its tracks as they belt out a power ballad that’s perfectly suited for the Broadway stage. 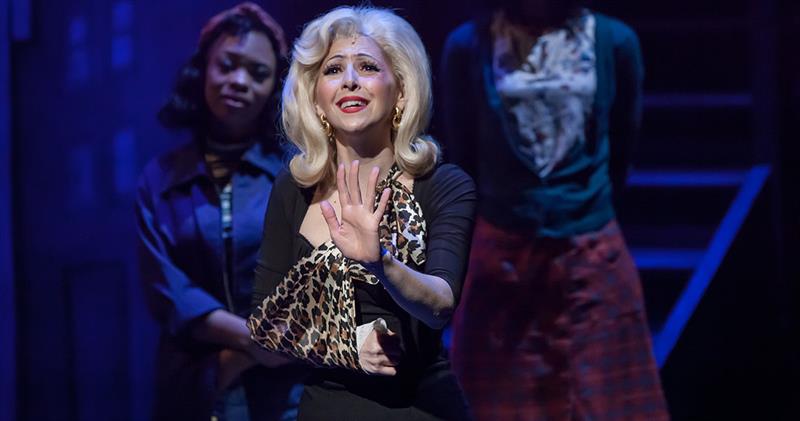 
Check out Little Shop of Horrors today for a musical time warp into the '60s with a botanical twist! To learn more about the Playhouse production, visit the production detail page.