Share
When acclaimed romance novelist Paul Sheldon wakes up mysteriously in someone else’s home, he’s shocked at what he immediately discovers. He’s stuck in bed, injured from head to toe, under the care of a seemingly kind woman named Annie Wilkes, who has rescued him from a car crash. Annie reminds Paul that he’s in good hands: not only is she a nurse who has a stockpile of pain medicine and medical essentials, she’s his “number one fan.”

Paul is grateful for his rescuer’s kindness at first, especially when he learns that Annie also saved the leather briefcase that he had in his car. In it is the completed draft of his next novel, a dramatic character study that diverges significantly from his bodice-ripping, best-selling romance novels about heroine Misery Chastain — Annie’s favorite literary character. But events take a nightmarish turn when Paul learns that Annie has no intention of letting him leave until she gets what she wants: another Misery Chastain novel written exclusively for her. 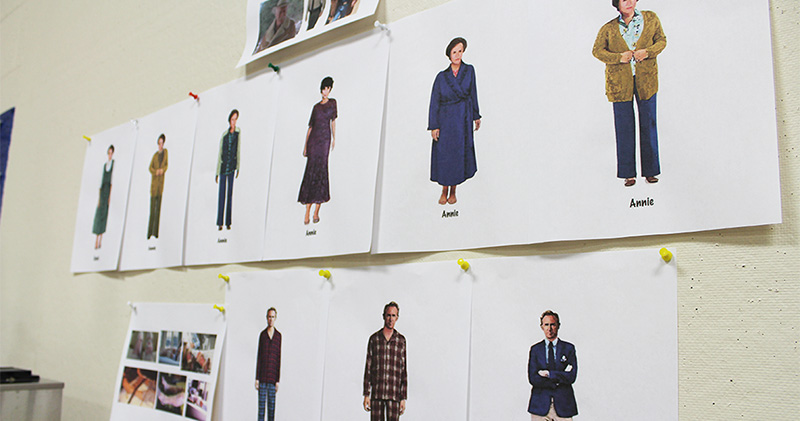 Misery is a thrilling stage adaptation of the 1987 novel written by Stephen King. Like nearly all of King’s novels, it was an instant best-seller. At the time it was written, King was trying to manage the grueling stress that comes with artistic fame and mainstream popularity. The pressure to churn out another best-seller that was as equally terrifying as his preceding work had become a visceral, frightening experience, and he had nightmares about coming face-to-face with his obsessive fans. “Stephen King is arguably the most popular novelist in the history of American fiction,” promotional material for the novel reads. “He owes his fans a love letter. Misery is it.”

In 1990, the novel was adapted into a critically acclaimed film that was directed by Rob Reiner and stars Kathy Bates as Annie and James Caan as Paul. It’s well remembered for Bates’ turn as the deranged nurse (which earned her an Academy Award for Best Actress) and for showing Caan like audiences had never seen him before: as a helpless hostage.

“This was a very personal book to Stephen King,” Reiner explained in a feature interview for the film’s recently released Blu-ray edition. “Here he was, a writer of horror books, books with supernatural elements to it, and he also wanted to express himself as a writer. … Annie Wilkes represented the fan base that didn’t want that to happen, would be very angry if he went in a different direction.” Thirty years later, fans are still ravenous for Misery. It was adapted into an exciting and suspenseful stage production in 2012, offering audiences the chance to experience this entertaining thriller, as the saying goes, “up close and personal.” Playwright William Goldman, who also penned the film adaptation, distills the novel’s 300-plus pages into a tightly packed, darkly humorous script that prompts its two main characters to face off onstage in a spine-tingling game of cat-and-mouse. 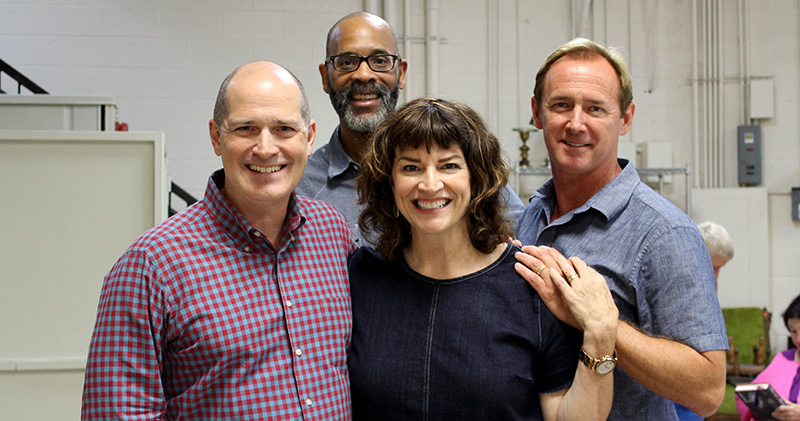 
The Playhouse’s production of Misery opens the 2018-19 season in the Marx Theatre. Artistic Director Blake Robison — who helms the production — is eager for audiences to experience the gripping nature of the show in an entirely new way.

“The Marx is perfect for this sort of intimate, psychological standoff,” says Robison. “The proximity between actor and audience heightens the tension. You’ll feel that you’re right there in the room with them.” Robison has cast Barbara Chisholm as Annie Wilkes and David Whalen as Paul Sheldon. Chisholm most recently performed as America’s favorite housewife Erma Bombeck in the 2016 production of Erma Bombeck: At Wit’s End. Playhouse audiences will also remember Whalen’s comical and theatrical rendering of Ned Alleyn in last season’s charming and romantic Shakespeare in Love.
“I think audiences enjoy seeing the actors return to show a different side of themselves,” Robison says of the show’s casting. “These are actors with enormous range, depth and passion.”

Called “an old-fashioned chiller” by NJ.com, Misery is sure to keep audiences on pins and needles until the very end.