Share
Jimmy appeared as Alf in the off-Broadway production of Peter and the Starcatcher. Regional credits include South Pacific (Guthrie Theater); A Servant to Two Masters (Pittsburgh Public Theater); Victor/Victoria (Theatre Under the Stars); ...Poe and The Rivals (Baltimore Center Stage); The Merry Wives of Windsor (Shakespeare Theatre Co.); Elf and Avenue Q (Arkansas Repertory Theatre); Big River, As You Like It, Opus, All My Sons, Pride and Prejudice, Shipwrecked!, The Importance of Being Earnest, The Little Prince and Pericles (PlayMakers Repertory Company); Amadeus and Macbeth (Chautauqua Theater Company); and A Christmas Carol, Livin’ in the Garden and To Kill a Mockingbird (Alliance Theatre). Film and television credits include Ocean’s 8, Ricki and the Flash, Criminal Minds, A Place Apart and A Reason to Believe. 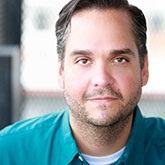 I've been acting professionally for about 20 years, but my first memory of an audition was for a community theatre production of Peter Pan when I was about 3 years old. I received my undergrad training at Miami University in Oxford, Ohio, and I got my MFA from UNC Chapel Hill.

To be honest, it was probably when I was running around the stage at 3 years old, pretending to fly. I fell down flat on my face, and when people saw that I was OK and started to laugh, I knew I could affect people, and this is what I've wanted to do ever since. My favorite part about being an actor is getting to travel around the country, learning new cities and meeting new people. 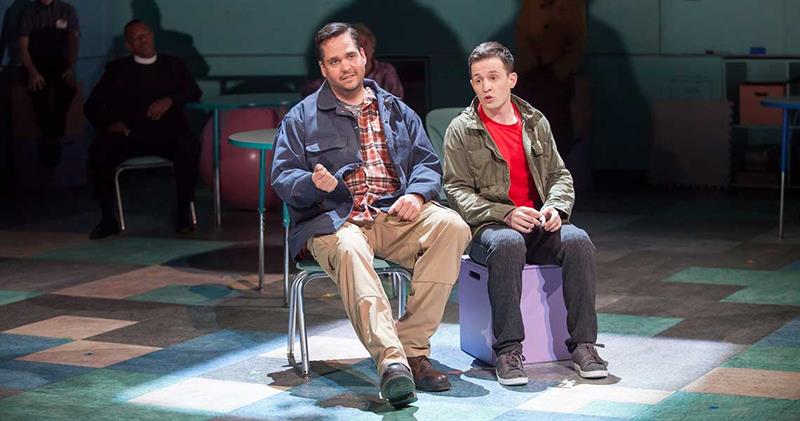 Jimmy Kieffer, Nick LaMedica and the cast of The Curious Incident of the Dog in the Night-Time. Photo by Mikki Schaffner.


3. What is your all-time favorite role you’ve performed, and why?
I think my favorite role was playing Alf in Peter and the Starcatcher off-Broadway. It is truly a special show, and I just had a tremendous bond with all of the members of the cast. We were very much like a family and many of them are still my best friends.

The role that I want to play more than any other is the title role in Sweeney Todd. I have been fascinated with this show since I was a little kid. My mom loves musicals and introduced me to so many of them when I was very young. It's a complicated character, and the music in the show has always just spoken to me. 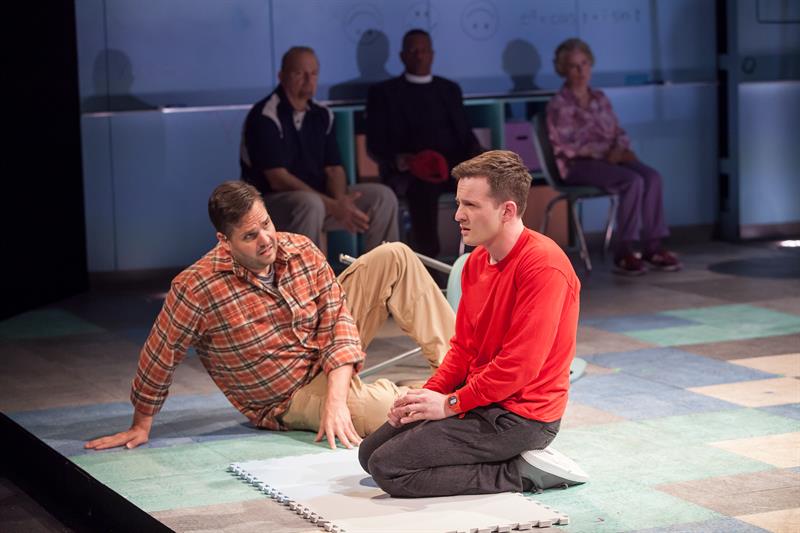 Jimmy Kieffer, Kevin Cutts, Dathan B. Williams, Nick LaMedica and Dale Hodges in The Curious Incident of the Dog in the Night-Time. Photo by Mikki Schaffner.

Interestingly enough, I am the only kid in my family who wasn't born in Cincinnati, and this is the first time I've ever gotten to perform here! That has been a real treat. Also, getting to explore the intricacies and challenges of being a parent of a child on the autism spectrum has been a learning experience.