The Orient Express finally arrives in Cincinnati! Author Agatha Christie is more than a household name — she is the bestselling novelist of all time, with only Shakespeare and the Bible outselling her work. Christie penned an astonishing 66 detective novels during her lifetime, and her accomplishments also include the longest running play in history, The Mousetrap. Through her incredible work, Christie gifted us unforgettable characters — such as the astoundingly clever Belgian detective Hercule Poirot, the star of no fewer than 33 of her whodunits. Poirot first appeared in the novel The Mysterious Affair at Styles, where Christie described him in this way: “The neatness of his attire was almost incredible; I believe a speck of dust would have caused him more pain than a bullet wound. Yet this quaint dandified little man who, I was sorry to see, now limped badly, had been in his time one of the most celebrated members of the Belgian police.”

Audiences for the Playhouse’s Murder on the Orient Express will have no trouble understanding why this fastidious detective continues to captivate Christie’s readers. Thanks to a faithful adaptation by award-winning playwright Ken Ludwig, all of Poirot’s charm and brilliance — as well as his fussiness and impatience — saturate the story. 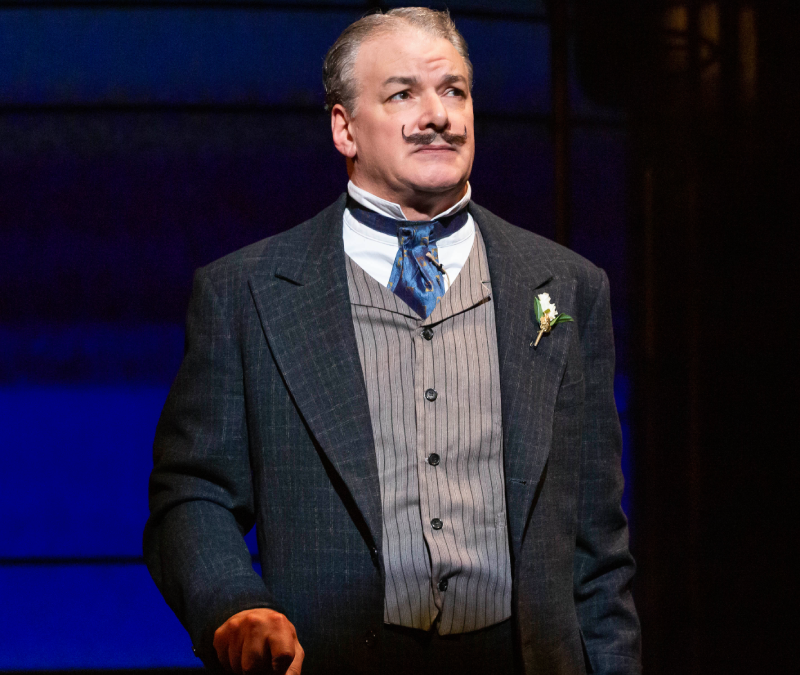 At the beginning of Murder on the Orient Express, we find Poirot completely out of his element: He is about to enjoy a vacation. He has recently closed a major case, and before the next puzzle rears his head, Poirot is prepared to relax. He is content to enjoy his trip by train from Istanbul to Western Europe, and he will certainly not be solving any mysteries on this trip. Of course, Christie has other plans for Poirot’s time off. Once aboard the Orient Express, Poirot meets nine other passengers. They are mostly strangers to one another, all traveling for different reasons, but Poirot cannot help but notice little…well, clues.

Poirot does his best to resist the temptation to get involved — until, of course, a passenger is murdered. As he questions his fellow travelers, fewer and fewer clues seem to add up. Playhouse audiences will find themselves guessing right alongside Poirot, but Murder on the Orient Express keeps all but the shrewd detective — and the guilty party — guessing until the very end. 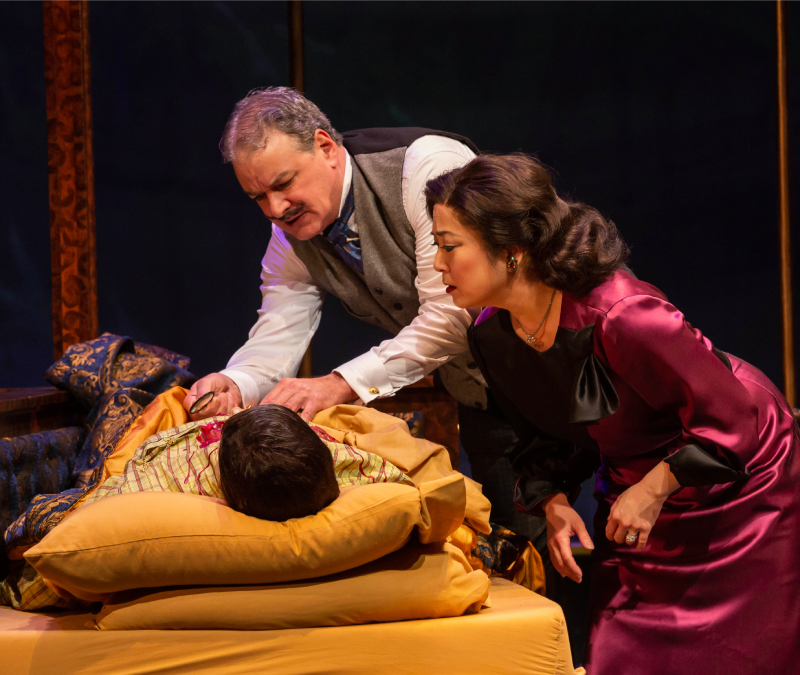 Audiences can also look forward to the way this production of Murder on the Orient Express brings the legendary train itself to the stage. The character Monsieur Bouc, who runs the train company, describes the Orient beautifully: “It is not a mere train that will carry you tonight, it is a legend. It runs like no other vehicle on the earth... The best food, the best beds, the best pillows, the best feathers inside the pillows. It is poetry on wheels, and Lord Byron himself could not write it better.”

Director Risa Brainin is not intimidated by the demands of this staging. “Our wonderful set designer Rob Koharchik has created a ‘theatrical’ replica of the train,” she explains. “I use ‘theatrical’ because the elements of the train are taken directly from the original Orient Express. However, as the play will unfold on a proscenium stage, we had to be creative with how those elements are presented. I love how Rob has chosen to include certain architectural features in the design. Look for the beautiful art deco details — especially in the interior of the train.” 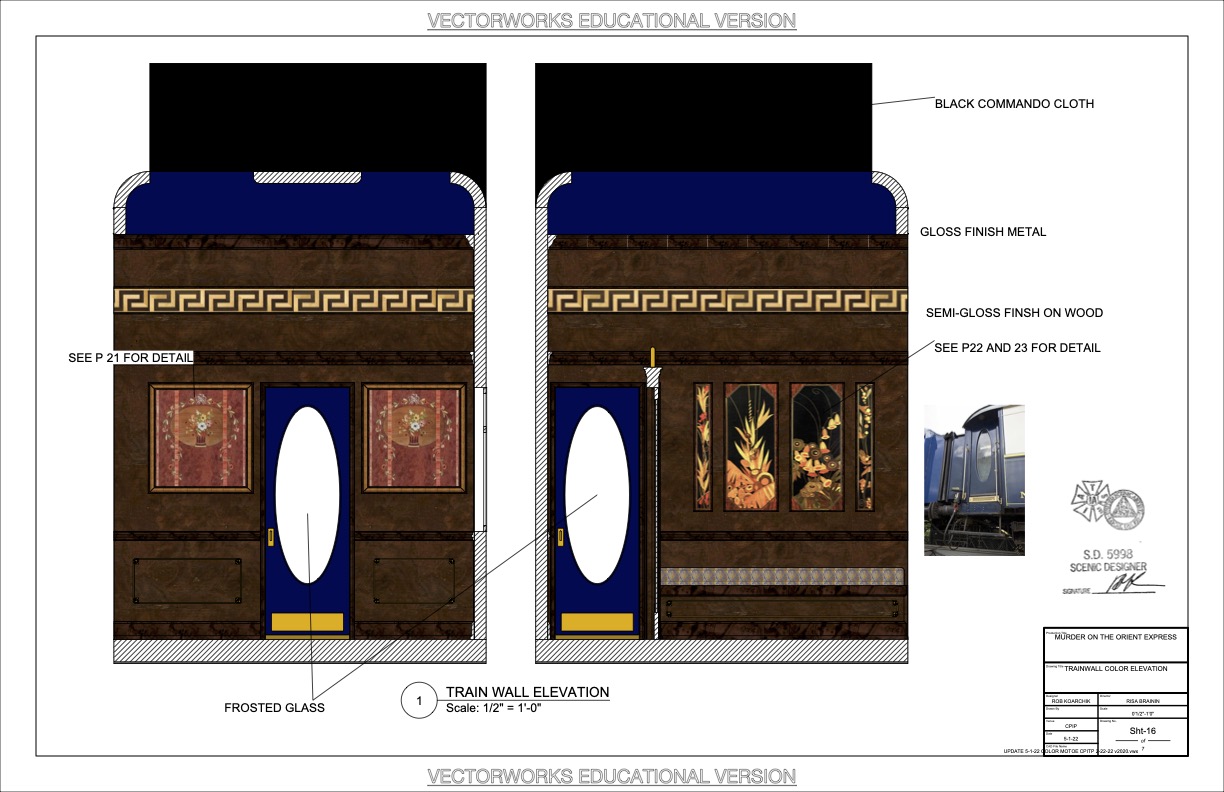 Brainin continues, “We also augment the scenery with our musical soundscape by the brilliant composer Michael Keck. In addition to the literal sounds and sensation of the moving train, this element creates the emotional landscape of the play, landing us in the time period and individual locations, and offering subtle insights into the individual characters and situation. It isn’t always obvious to the audience, but sound and music are powerful storytelling tools. In this piece, sound can lead (or even mislead) the audience as they try to unravel the mystery with Poirot.”

Agatha Christie’s Murder on the Orient Express brings together this luxurious setting, one of literature’s most famous detectives, an unpredictable cast of characters and a mystery full of twists and turns to create a suspenseful and exciting evening of theatre that will keep each audience member holding their breath. Poirot himself puts it best. “Good evening,” he smiles from under his famous mustache. “The story you are about to witness is one of romance and tragedy, primal murder and the urge for revenge. What better way to spend a pleasant evening together?”

Photos of Andrew May and Katie Bradley in IRT's 2020 Production of Murder on the Orient Express  by Zach Rosing.