Playwright Deborah Zoe Laufer describes the roots of her warm-hearted comedy, which was commissioned by the Playhouse through the Jerome Fey Endowment as a world premiere.

Rooted  follows a reclusive amateur botanist named Emery and her unlikely rise to social media star and literal cult figure. What inspired you to create a character who finds themself in this position?

The germ of this idea started with a television show I was developing with HBO. We worked for over a year on it, and then it was impossible to sell because there were suddenly around 20 other shows about cults. And I think it’s no coincidence that cults are in the zeitgeist now. We’ve all experienced what can happen when a charismatic, divisive figure takes hold. We’ve all seen what an angry mob can do. 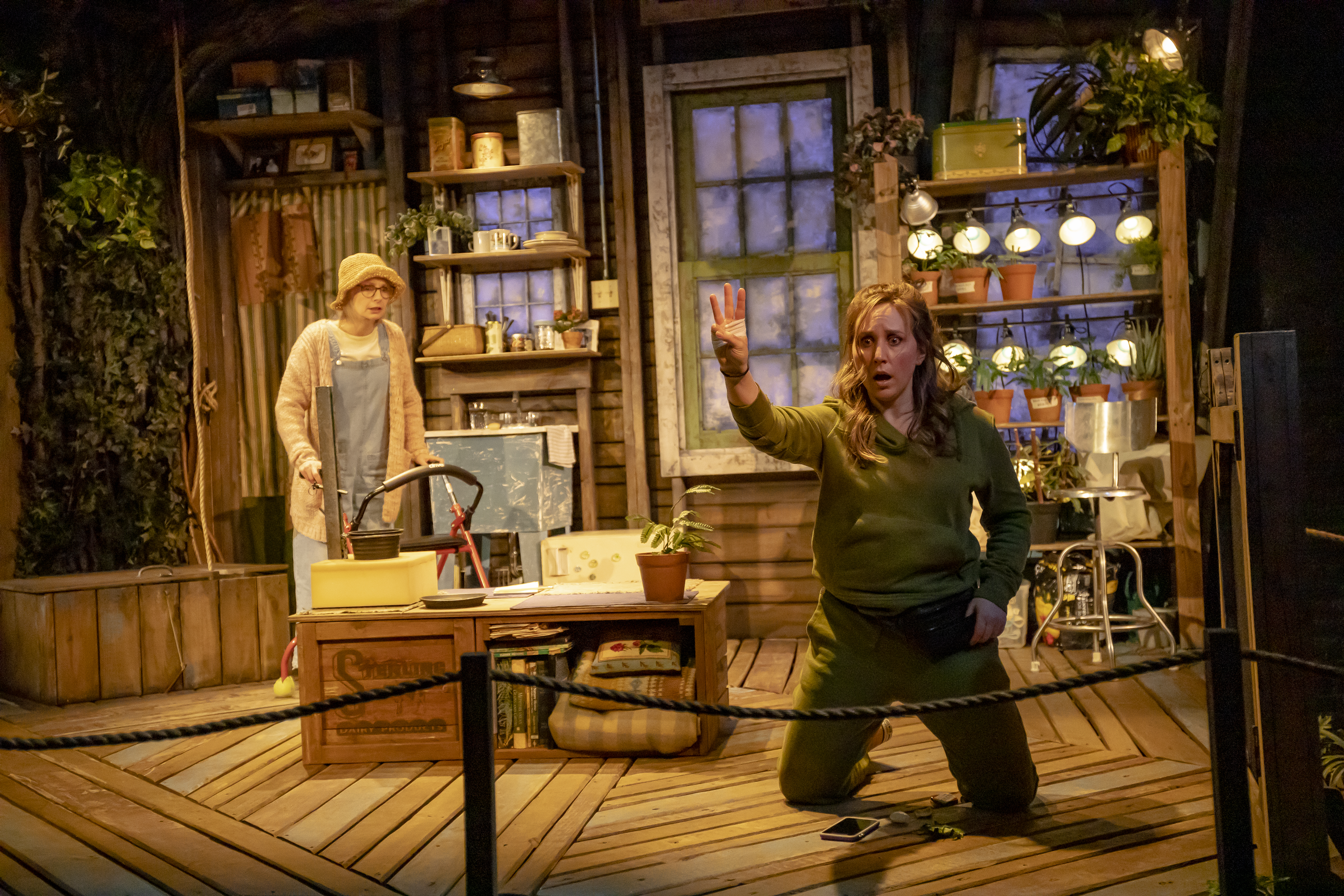 I remember the first time I saw the film To Kill A Mockingbird as a kid. The angry mob comes to get Tom Robinson. It’s a terrifying moment — it seems there’s no way to diffuse their rage and malevolence. And then Scout (she and Atticus are on the porch) recognizes one of the men and speaks to him as a person. And it diffuses the whole situation. I remember asking my mother what was happening, and her explanation was that a “groupthink” takes over in a mob and dehumanizes people. But when you remind them of their humanity, they become individuals again. It’s one of those ideas that I come back to again and again.

Another inspiration was my obsession with a scientist I discovered online, Monica Gagliano. (Look her up — you won’t regret it!) Her experiments with plants have revealed that plants can learn and remember and communicate. It’s really thrilling work. And, as with all my obsessions, I tell everyone I meet about it until people walk the other way when they see me coming. Once that happens, I have to put it in a play so that my friends can bear to be around me again.

Tell us about the themes in Rooted. What ideas are you exploring, and how does each of the characters relate to them?

My playwright friends and I often joke that we think we’re writing radically new plays each time, but really we revisit the same themes again and again our whole lives. A recurring theme in my plays, which is central to Be Here Now, is that people aren’t disposable. That if we take the time and attention to know anyone, their seemingly small stories contain all our stories and are all stage-worthy.

I’ve also revisited the idea (central to my play, End Days) that if Jesus walked into the room, would you know him? If there is a savior, is the savior actually who you think she is? And, I’m acutely aware how women over 40 become invisible in our culture. At the top of the play, Hazel feels that she’s disappearing. That her life has had no meaning. She’s desperate for change and feels that it’s her last chance. And then, through admittedly bizarre circumstances, she has the opportunity to completely remake herself and her life. There can be a good deal of moral ambiguity (another favorite of mine) about whether her cause is a just cause, but I love watching her rise to power in the public and personal sense. 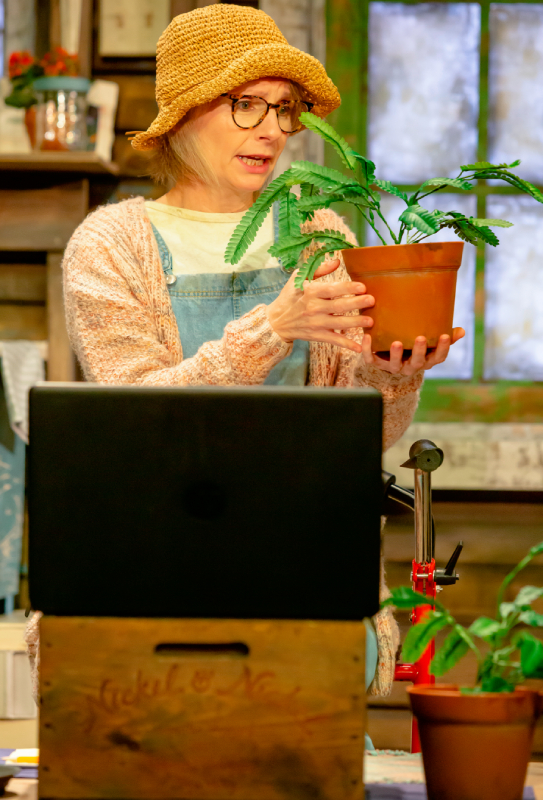 And, of course, mixed in with all the apocalyptic tropes is the growing reality of global warming. I know my little play can’t do much, but it seems like every opportunity to build awareness shouldn’t be squandered. And so much of my research about plants returned again and again to their role in lowering carbon levels and the danger of losing our forests.

This will be my third premiere with Cincinnati Playhouse in the Park. That’s no small thing. A play gets one premiere to launch it. After years of research and writing and angst and writing and uncertainty and rewriting, so much rides on the strength of that first production. It’s a leap of faith for both the theatre and the playwright. Both Leveling Up and Be Here Now got such loving treatment in Cincinnati, and they’ve both gone on to have robust lives, continuing to be produced every year. As I write this, I’m still working on Rooted. I’m still rewriting. But I won’t truly find the play till I’m in the room with my cast, my extraordinary director and all the people I’ve grown to trust and love at the Playhouse. It really takes the efforts of a community to birth a new play. I’m so excited to get back in the theatre and start the work!

Rooted made its world premiere debut in the Rosenthal Shelterhouse Theatre on Feb. 12 and runs through March 20.