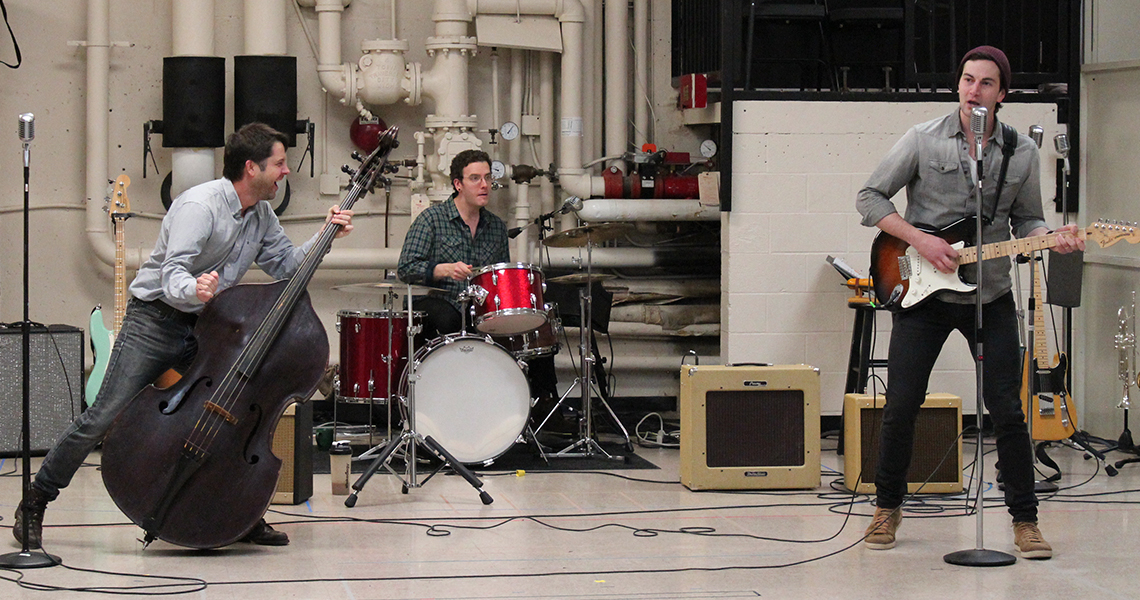 Playhouse audiences may be familiar with other “jukebox musicals,” such as Jersey Boys and Million Dollar Quartet — but they may not realize Buddy: The Buddy Holly Story was one of the first of these musical biographies and has been running for 35 years! Why do you feel it has remained so popular?

The music! Buddy Holly and The Crickets influenced so many artists who came after them — even The Beatles — so if you love rock and roll music, you have to love Holly. I’ve watched rockers of all ages respond to this show with nostalgia or the excitement of hearing something great for the first time. 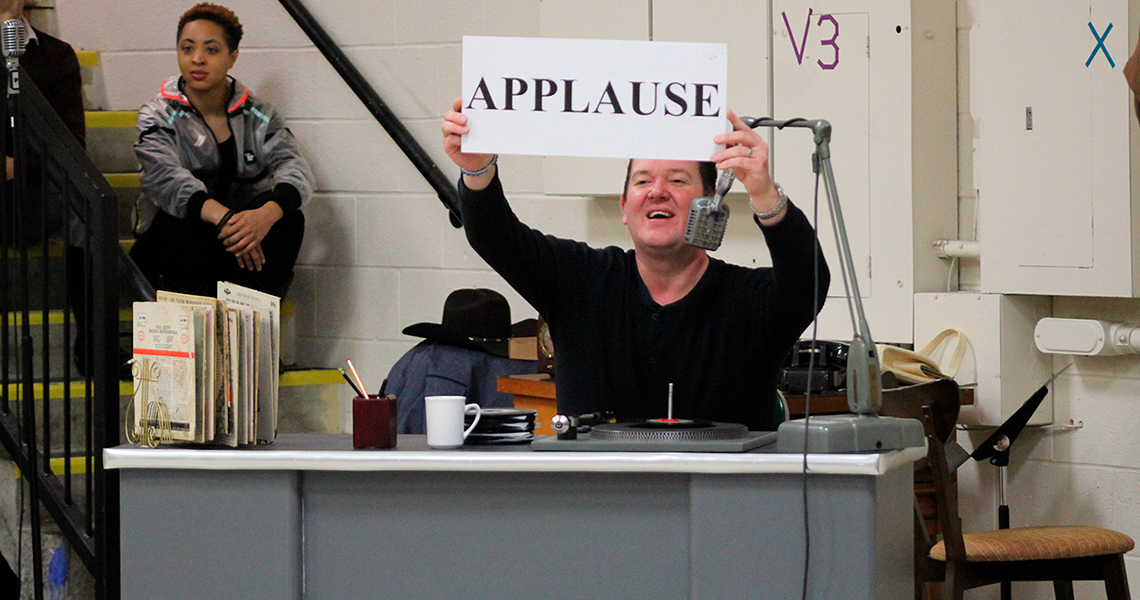 In Holly’s time, it was common for artists to purchase tunes and lyrics from songwriters. Holly was one of the first performers to write and perform his own music. Do you have a personal favorite song by Holly and The Crickets? What makes you love it?

Ah — that’s a tough one. I knew and loved “Everyday” before I first directed the show, but after working on it, “True Love Ways” rose to the top of my playlist, for its simplicity and romanticism. 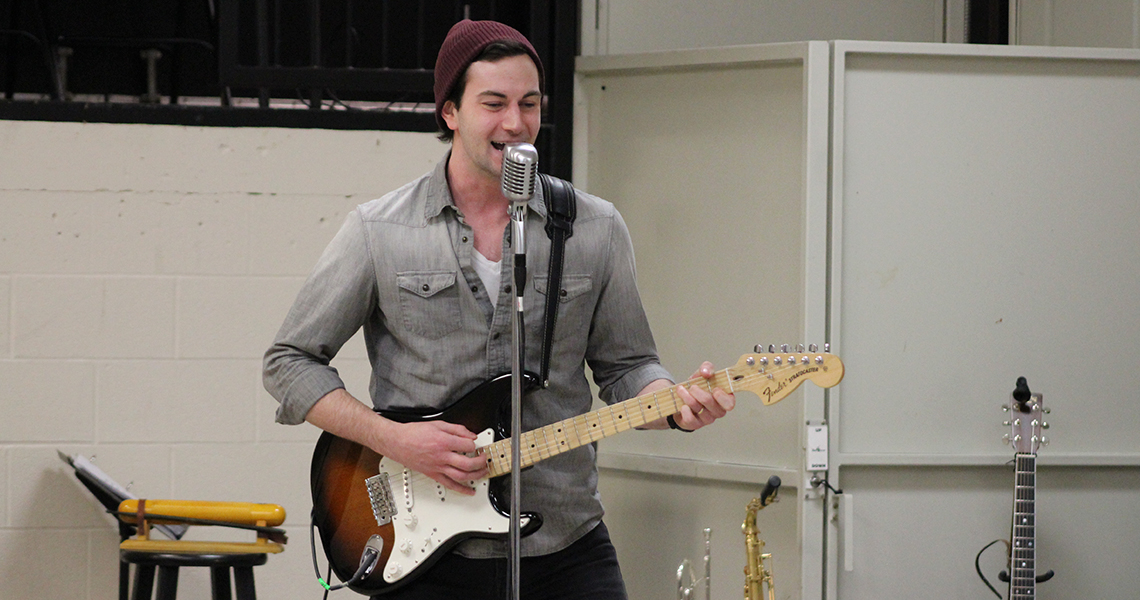 Holly truly was “the voice of a generation,” creating music that inspired the youth of the 1950s to let their hair down. What do you think today’s audiences can take away from his life story?

Life is fleeting — live it to the fullest because you never know what tomorrow may bring. Also, we must encourage individual voices in all areas of expression. Holly’s legacy is his music, and even during the two years of his rocket-rise to rock and roll legend, he was met with dissent and discouragement. If he had stopped, we wouldn’t have his music to lift us up. 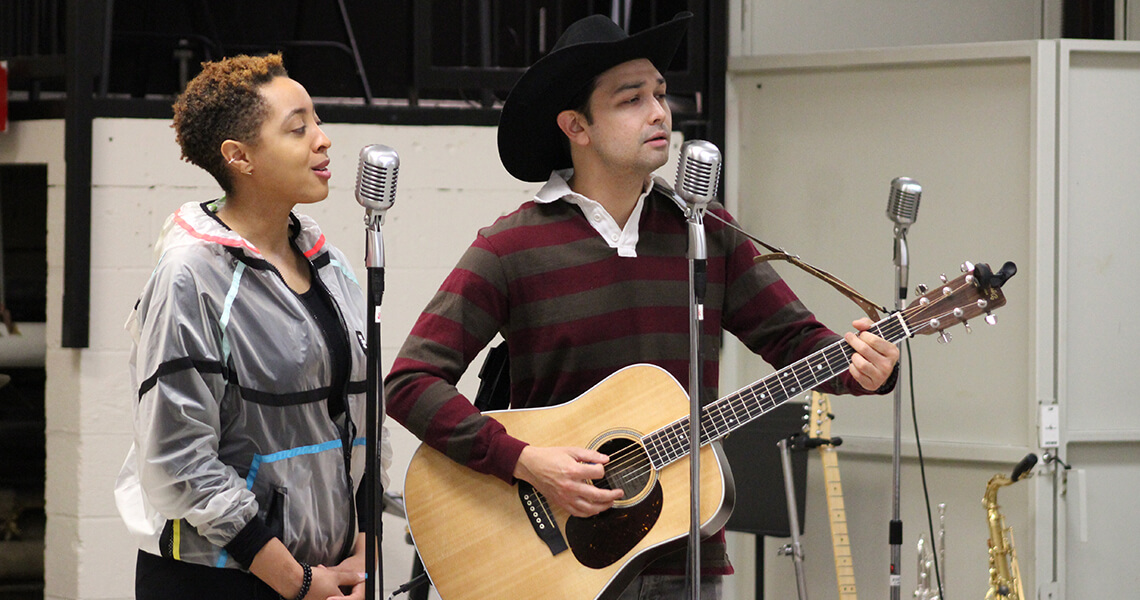 Holly turned out 15 hit records in only 18 months and often used creative instruments and techniques to experiment with new sounds. How do you plan to bring that unique sound to life onstage?

We are referencing the original recordings as much as possible. Andy Christopher (who plays Buddy and also serves as our Music Director) and I are devoted to making the show sound as authentic possible. Andy has a long relationship with this music — he learned to play guitar from one of Buddy’s cousins in Lubbock, Texas!