While performing in a children’s play called So You Think You’re Mozart, playwrights Ted Dykstra and Richard Greenblatt began comparing stories of their piano lesson days. They both trained as classical pianists until age 17 and both eventually quit. Once Tarragon Theatre Associate Artistic Director Andy McKim suggested that “maybe there’s a show there,” they started putting pen to paper and developed 2 Pianos, 4 Hands — a show that would become one of Canada’s most successful plays in history. In the following quotes taken from various interviews over the years, the two performers reflect on the success of 2 Pianos, 4 Hands and what has made it connect to over two million audience members worldwide.

“I enjoyed taking a huge part of my life and sharing it with thousands of strangers. I enjoy playing the piano at a fairly serious level which I’ve never really done in public since I was 16 in the festival. I enjoy playing the Bach at the end. It’s very challenging still. Every time we do the show, we know we have to play an eight-minute Bach piano concerto at the end and that keeps us very much alive.” — Ted Dykstra

“Our stage manager always used to write down quotes of what we would say, and at one point, Ted was talking and said, ‘Well when we’re in our fifties performing this.’ And I said, ‘I will never be performing the show in my fifties’. Now here I am in my late fifties performing.” — Richard Greenblatt 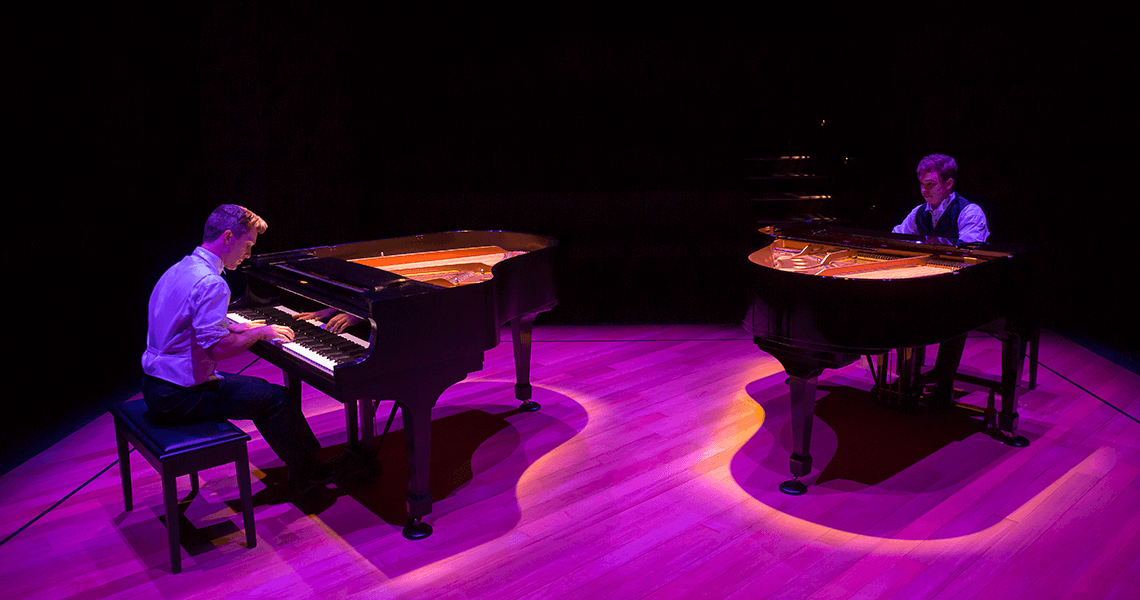 “People see themselves in this show. It’s not just about the production; it’s about the pursuit of excellence. It’s about childhood dreams and confronting our limit. There is lots of commonality in this show.” — Ted Dykstra

“The play’s also about being really good but not good enough to actually be Vladimir Horowitz or Glenn Gould or Anton Kuerti. Almost all of us have a dream that at some point we realized that it’s not going to happen.” — Ted Dykstra 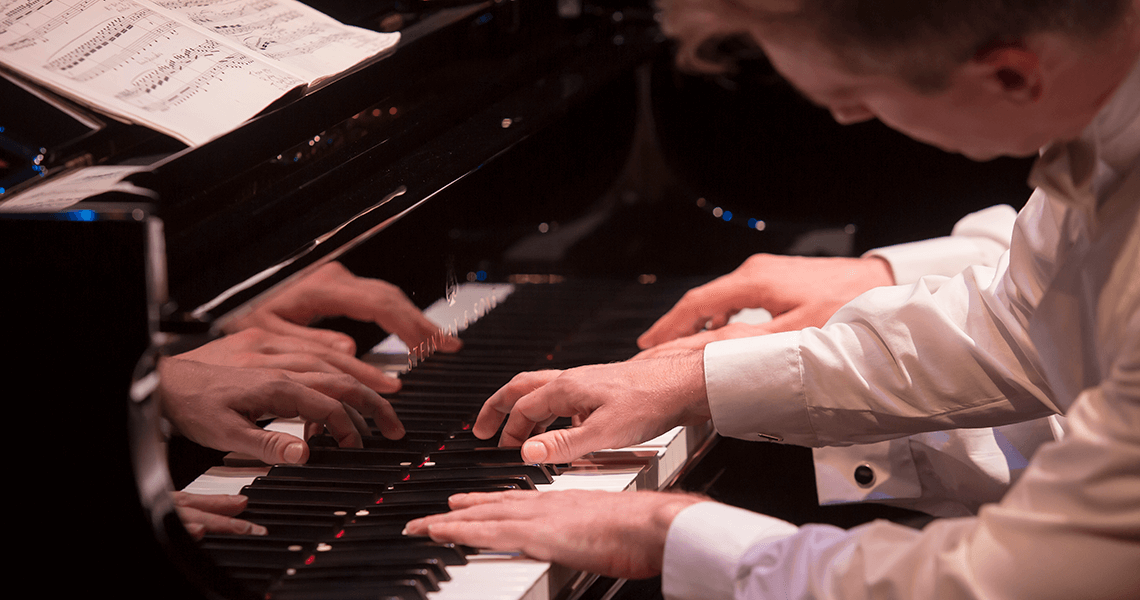 “I think it’s not about failed dreams. It’s about understanding the certain endeavors that you were involved in as a young person and that you had dreams of. You know, so few people make it to the NHL. It’s one in tens of thousands of all the people who play, but that doesn’t mean you don’t play hockey. There are all kinds of reasons to continue playing hockey, of course, even as an adult. We’re not two of the best piano players in the world but there is a celebration in just being able to play. The music is bigger than any player of it, so even though the greats are great and you can look upon them with awe and with admiration, it doesn’t mean that you can’t play it and enjoy it yourself.” — Richard Greenblatt