Sound Designer/Composer Matthew M. Nielson provided his notes in the early stages of rehearsal about composing the play’s original music and working with playwright Audrey Cefaly, who wrote the lyrics. 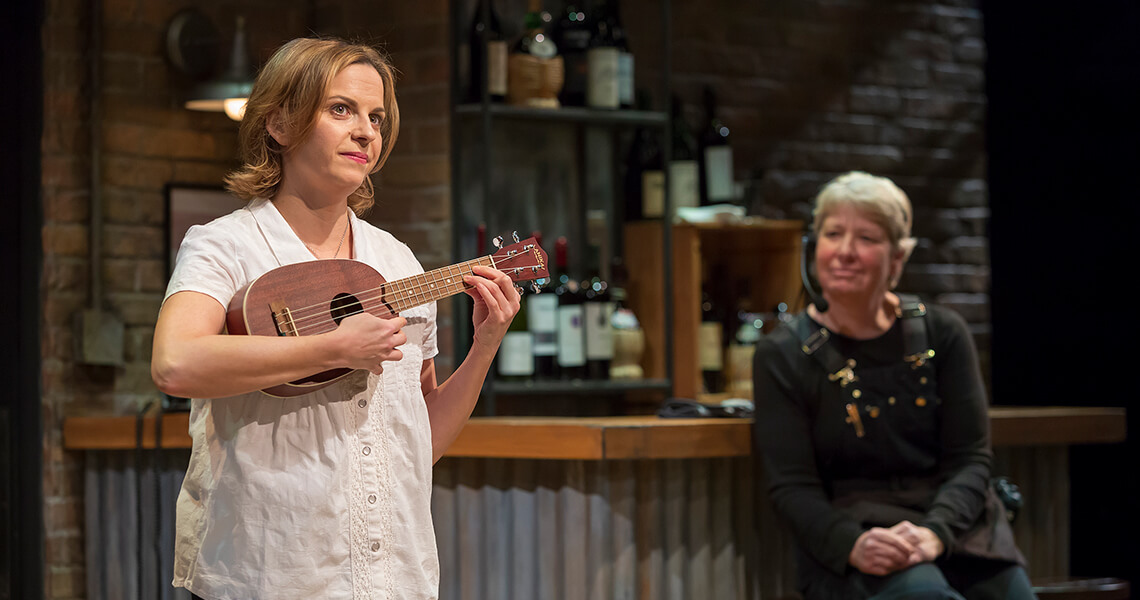 
Sometimes when I’m composing music for a show, I’ll read through the script a couple of times and ideas for melodies will pop into my head while I’m reading it and picturing how it will look and feel on stage. I’ll start playing around with the ideas that appear and see what happens. Once I’ve developed a few of them, I’ll start to ask myself a few big questions: Does the scene really need music? How will the show benefit from having music here? Does it drive the story forward? Which character does it feel like, or which feeling am I trying to support?

In the case of The Last Wide Open (which has subtitle of “A Love Song in Three Movements”), none of those questions arose. Audrey’s writing is so wonderfully subconsciously visceral and cerebral at the same time that I was able to latch on to the vibe, intent and raison d'être of the songs almost immediately. The songs exist to provide a little exposition in some cases, a little insight into the characters’ relationship to each other in others, and in most cases, they exist to provide a little bit of a palette-cleanser — transitional pieces to take us from one movement to the next. But they each tell a story — on their own and together as a whole — that talks about love and the characters’ relationship to love. One of the main through-lines in The Last Wide Open is that love is a universal language, as seen plainly in the characters speaking different languages and being unable to understand each other at times, and sub-textually in the characters’ vastly different backgrounds and relationships to love. What better way to represent love than with another universal language: music?

We had several discussions about what the overall feel of the songs might be, whether the cast would play or sing to pre-recorded tracks, and how many songs there could be. We wanted the songs to be a collection of songs that span the range of all kinds of love songs: loneliness and longing, crushes and infatuation, romance and commitment, intimacy and companionship, jealousy and rivalry, complications and conflicts, compromise and reconciliation, and rejections and breakup, just to name a few. We wanted them to be about love; not tied to genre, location or time. We knew that we wanted them to feel as organic as possible and that the cast should be able to perform them. 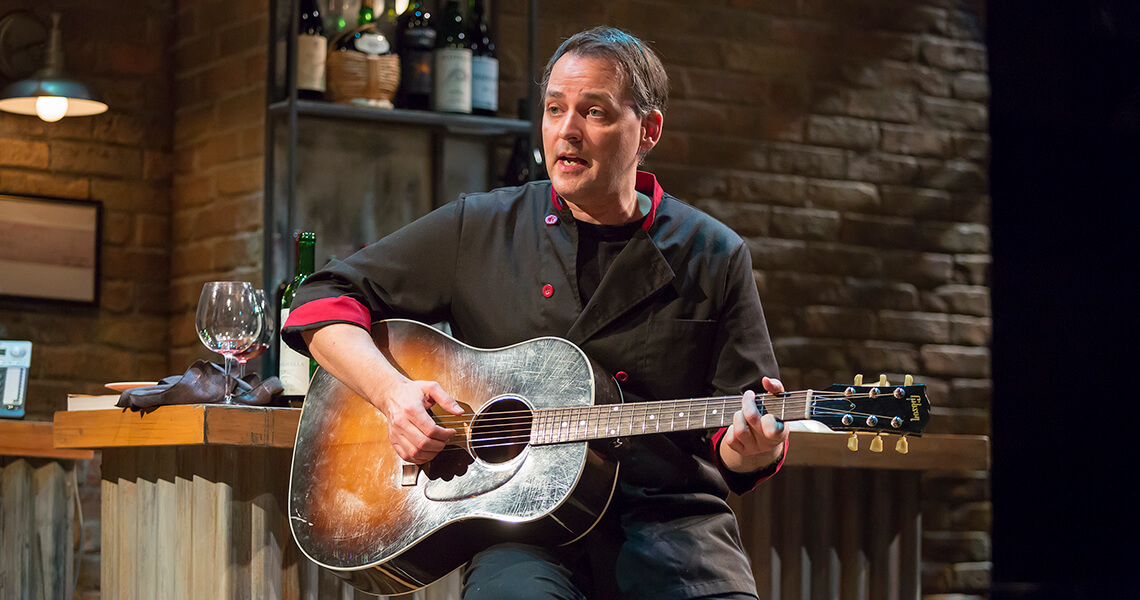 
The first thing we wrote is the first song we hear in the show, "The Song Before the Love Songs." I tuned my new ukulele, and within a couple hours of diving into the song, I had a rough draft to send to Audrey. We did a little fine-tuning on it, but for the most part, the song you’ll hear in the show is very close to that first draft. Originally, we thought there could be between five and seven songs. We wrote nine total. Several of them never made it past the “rough sketch” stage, but we made full demos of six songs. I got to take part of a workshop of the play in December where we had the actors — who turned out to be the actors we had been envisioning all along, Kimberly Gilbert and Marcus Kyd — read through the whole script and I played the demos of the songs Audrey and I made. Blake, Audrey and I talked in detail about the script and the songs after the workshop. We did some shifting around of songs after hearing them in the context of the script, cut one of the songs, and added another. After the workshop, I returned to the studio, worked on the new song, rerecorded demos of all of the songs, and created sheet music of each one for the actors.

And now we’re at a stage of the process that is pure magic to me. Nerve-wracking and raw, but magic. The actors are rehearsing and working with the songs Audrey and I wrote. I got to spend the first few days of rehearsal with Blake, Audrey and the cast to teach them the songs. Kimberly and Marcus are making the songs their own and infusing them with life and the life of their characters. It’s magic.