Share
Playwright Allyson Currin discusses the evolution of Sooner/Later, the power of humor and the “wonderfully weird” world of teenage girls.

How did this play originate? 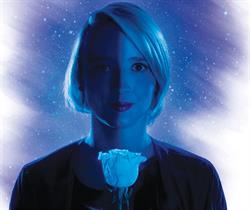 I was watching a reading of a student-written romantic comedy at a theatre festival. It was charming and hopeful and funny with a lovely female protagonist, and I found myself getting very depressed. I told a friend, “That's the kind of stuff I used to write, but now I’m too cynical and jaded for that style.” My friend laughed and said, “Then write your own cynical and jaded version of a romantic comedy.” Something clicked, and I decided I really would have fun playing with and twisting some of the conventions of the form, but not just in surface ways. In profound, thematic and structural ways. So, I wrote it as a one-act play, thinking the piece was complete.

How long have you been working on Sooner/Later? How has the play evolved over time?

In one of those delightful twists of fate, an audience member in a talk-back after a reading of the one-act version of this play suggested that I explore a full-length option. Without revealing too much about the current draft of the play, I’ll just say that I instantly knew what the “second” act of it would be, and I wrote it very quickly. Sometimes you never know where the really wonderful inspirations will come from, and that unknown audience member sparked a profound idea in me.

In answer to your original question, though, I have been working on the play for about four years. It has had readings and workshops, including one the Playhouse did in New York City in May, directed by Playhouse Associate Artist Wendy C. Goldberg. I'm actually a pretty fearless re-writer, but in this case, the changes to the play since it became a full-length work have been very minimal. It's one of those rare plays that felt almost as if it wrote itself and nothing really needed to change in a fundamental way. 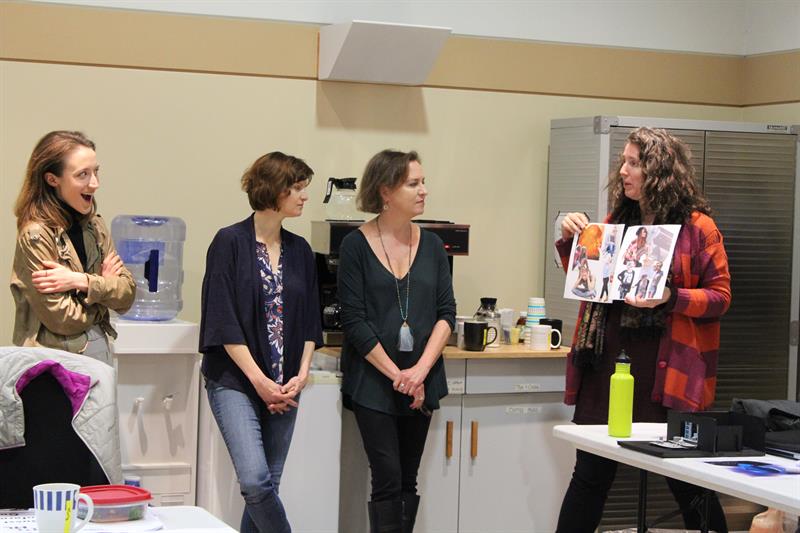 
One continuous thread in the play is a very honest portrayal of the relationship between a mother and her teenage daughter. As the mother of daughters yourself, what was it about writing this relationship that you found intriguing?

I love writing teenage girls and have written about them in several of my plays. They are wonderfully weird and such a mixture of complexities. The good and the bad that can coexist in one teenage girl fascinate me. Having been one myself, raised two and taught hundreds, I feel as though I have a deep well of experience to draw from.

With the character of Lexie, I gave myself a really special (and artistically luxuriant) opportunity to explore the dichotomies in teenagers, not only in terms of character but in structure as well. I admire and respect the teen experience, and one of my biggest pet peeves is when older generations dismiss the intensity of that experience. It's profound and important and formative… and should be treated as such in dramatic literature.

The show has serious themes and yet there’s an enormous amount of humor. How do you find the balance?

Humor is my default setting. I don't think I can write anything without packing in laughs. I prefer plays that make me laugh, so that's what I try to write. But I also believe that the harder you make the audience laugh, the harder you can make them cry. I love plays that are full artistic meals in that way. I aspire to write plays that speak to the widest range of the human experience, and that includes both humor and pathos. It is my belief that plays that do both are the most universal and the easiest to care about.

Your theatre career began as an actor. How did you make the switch to playwriting? How does your experience in each area inform the other?

Yes, I love acting, and have performed since I was a child. (And my MFA is in directing, although I don't do much of that since I started writing plays.) I think being an actor makes it easier to be a playwright because I refuse to write a role of any size or gender that I wouldn't want to play myself. I also think that being an actor helps you write specifically and believably, because any actor who has been around for a while knows what it's like to have to play a role that feels awkwardly written or one-dimensional. I try very hard to write full-bodied, complicated, specific people because they are so much more fun to bring to life. 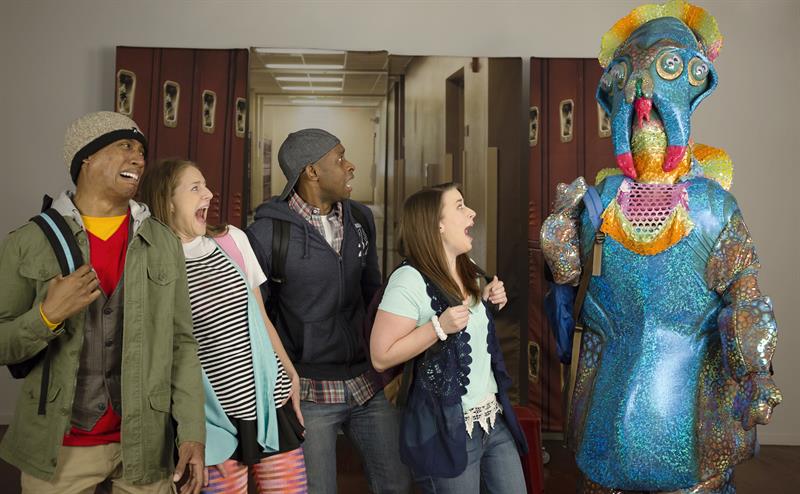 The cast of High School Alien; photo by Mikki Schaffner.


You also write plays specifically for young audiences (including High School Alien for the Playhouse’s Off the Hill series in 2015). What do you like about the mix of projects? Is your process any different?

I have only written four plays for young audiences, actually, the first two (for The Kennedy Center and Imagination Stage) as simultaneous commissioned pieces. I find it fascinating that my playwriting immediately after those two projects got exponentially better. I learned so much from writing for young audiences because you have to write cleanly and leanly. Young audiences will not put up with plays that are self-indulgent or over-written. My writing for young audiences definitely made me a more streamlined, athletic writer. High School Alien at Cincinnati Playhouse reinforced all of those lessons because the development period was so dedicated and lengthy. I had the good fortune to watch so many performances of it in schools, and, most revealingly, to witness the invaluable discussions between the cast and students afterwards. Kids really listen.

What do you hope audiences will take away from Sooner/Later?