Share
The cast of The Second City's Holidazed & Confused Revue are masters of sketch comedy and improvisational performance. We asked them a few questions to find out about their favorite games and craziest improv memories.

What is the craziest thing you’ve ever done in the name of improv?

KATIE KERSHAW: Every show I do with my all-female team SheBeast becomes the craziest thing I’ve done in the name of improv. They are my best friends and the nastiest women I know, and we just try to make each other laugh in every show we do.

CHARLES PETTITT: At a redneck sketch/improv comedy show, I put a whole can of Skoal into my mouth, and somehow didn't puke. 10/10 would not recommend.

EMMA POPE: I was living in Wyoming and a friend recommended that I take a class at an improv theater in Chicago. After six weeks of the class, I flew back West, packed up my car and drove 1,400 miles to Chicago, where I had no job, no family and was sleeping on a friend's couch. What can I say – when it feels right, you gotta follow it!

AMY THOMPSON: One time I drew eyeballs on my rear end and mooned the audience. 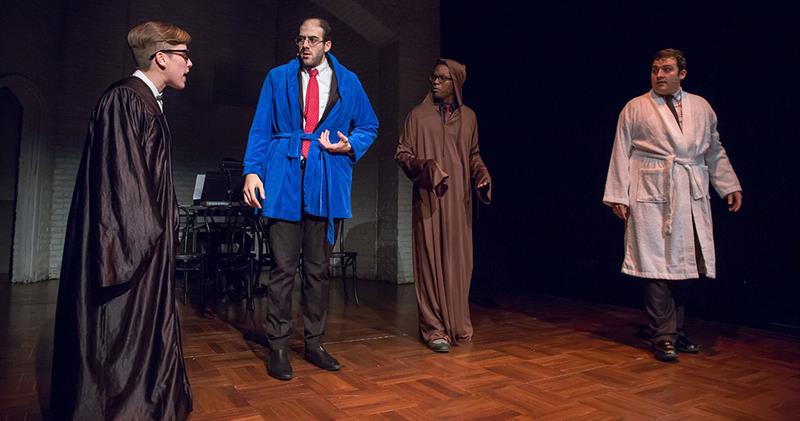 
Can you tell us about the favorite character that you have ever created?

TYLER DAVIS: One time I delivered a solo monologue as a prison toilet, and how I felt undervalued for the services I provided people. A guy from the UK was in the audience and later talked about it on his podcast.

KATIE KERSHAW: Oh man, I have a character that is a sad aunt who is addicted to huffing — she’s probably my favorite.

CHARLES PETTITT: One of the best things I have ever done on stage was acting like a Jabba-the-Hutt-bridge-troll, eating sticks of butter. I wasn't playing Jabba, though. The kicker: I was Chris Christie. That's some TRENCHANT political satire right there.

EMMA POPE: One of my favorite characters that I have written is a washed up 1940s starlet actress. In the piece, she is recording a video of herself and keeps running into technical issues. I love when overly confident characters find roadblocks; I find the dichotomy between maniacal self-importance and crumbling reality so funny and so HUMAN.

AMY THOMPSON: There was a show last year at Second City where many people performed solo material and a comedian hosted the entire night. I played a cat that kept wandering into everyone else’s scenes or sleeping in people’s way and interrupting the host’s introductions. I added ears and a tail to a big old Second City sweatshirt and was called “Second Kitty.”

NATE VARRONE: My favorite character I've created has got to be a very rude, abrasive suburban mom named Diane who hosts a public access television show with her best friend Diane, played by my hilarious friend and Second City alum Blair Beeken. Both Dianes are just terrible, ignorant people. It's called “Two Dianes In The Suburbs.” 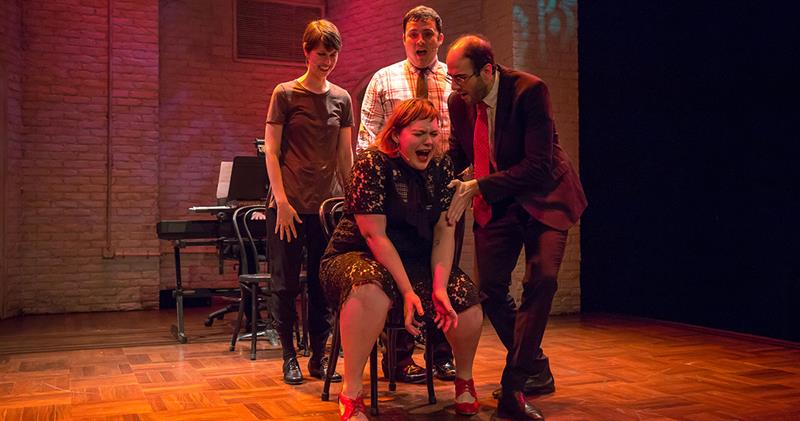 
What is your favorite improv game, and why?

TYLER DAVIS: Take That Back is a favorite, as I love being forced to stick with whatever dumb/fun thing that falls out.

KATIE KERSHAW: I love playing Take That Back that’s where we, at random, have to change the last line of dialogue we just said into to something new. It’s so great because you truly have no time to think and it’s always surprising what comes out of your mouth!

CHARLES PETTITT: I like the improv form created by Stephnie Weir and Robert Dassie called the WeirDass. It is a series of monologues and scenes and allows for the characters to get fleshed out mockumentary style. Everyone gets a backstory and plenty of rabbit holes to fall through. I love their form. The Armando is another monologue-based improv form that I love. Getting to tell stories is important.

EMMA POPE: I really love performing long-form improv, which is basically structure-less. The actors get one suggestion from the audience and then create a piece based on whatever they are inspired by, using the principles of support and agreement. If I had to choose a game, I would probably say the improv form WeirDass, which was created by improvisers Stephnie Weir and Robert Dassie. It starts with two people talking to a fake camera, interview style, and then fans out into scenes, stories, whatever! It's amazing how much fun there is to be had when everyone gets on board.

AMY THOMPSON: I’m a big fan of games where we can use wordplay so I’d have to say I enjoy line games. Those are when we get the suggestion of a noun and then improvise a single joke, usually a pun. An example: “I like my men like I like my … (suggestion from audience) ring … wrapped around my finger.”

NATE VARRONE: I really like long-form improvisation more than any short form improv game. In long-form improvisation, you typically get a suggestion of some sort from the audience and then create a 20-30 minute improv piece that is totally made-up and literally anything can happen in that span of time. It takes a lot of team work and at its best can be really magical.