Amber is charmingly neurotic and seemingly confident. Tom is a handsome and appealing go-getter. It’s their freshman year at Princeton, and both of them are buckling under the weight of everyone’s expectations. They drink and date to cope with mounting pressures until one shared night together sets off a damning chain of events that neither of them sees coming. Tom said this; Amber said that — but what actually happened between them that night? This thought-provoking new play by playwright Anna Ziegler finds its finger on the pulse of a generation that’s grappling with the deep complexities of gender, race and consent.

ADVISORY: Actually is suitable for adults and older teenage audiences. This timely drama about consent contains very strong adult language, depictions of college partying, themes of sex and sexuality, themes of race, and in-depth discussions of race and sexual violence.

$10 COLLEGE TICKETS: Students can join us for any performance during the run of Actually for just $10. To take advantage of this offer, use promo code: CollegeNight or call our Box Office at 513-421-3888. Make sure to bring your student ID when you pick up your tickets! 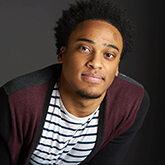 Tyler is excited to be making his Cincinnati Playhouse in the Park debut. In New York, he was a lead in Looking for Leroy (New Federal Theatre). His regional credits include Romeo and Juliet (Westport Country Playhouse), Next to Normal (Syracuse Stage), Cinderella: A Musical Panto (People's Light) and 1 Henry IV (Folger Theatre). On television, he has appeared in The Oath, Succession and FBI. Tyler dedicates his performance to his mentor David Toney, Davis Spylios Management and his wonderful mother, grandmother and aunt. You can follow him on Instagram @fauntleroy__.
Read Bio 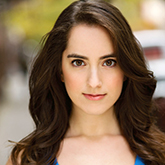 Remy is pleased to be making her Cincinnati Playhouse in the Park debut. Her Broadway credits include the original cast of Spring Awakening and Dear Evan Hansen. Other New York appearances include Brooklynite (The Vineyard Theater) Dear Evan Hansen (Second Stage Theater) and Radiant Baby (The Public Theater). Regionally, Remy has played leading roles at Goodspeed Opera House, Pittsburgh Public, Cleveland Play House, Syracuse Stage and Cape Playhouse. On television, she has appeared in Bull, Gossip Girl, Law & Order and It Could be Worse. Her film credits include the upcoming indie feature Shallow Water, written by Michael Zaken, and Pitching Tents. She received her Bachelor's of Art in Psychology from Columbia University and runs a tutoring company that specializes in test prep and supplementary subject help. In honor of this role, Remy has donated to RAINN. Her performance is dedicated to Bubby. Visit remyzaken.com and follow her on Instagram@remyzaken.
Read Bio 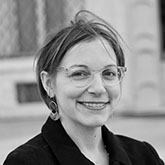 Anna Ziegler’s play Photograph 51, produced on the West End starring Nicole Kidman and directed by Michael Grandage, won London’s 2016 WhatsOnStage award for Best New Play. It has been produced around the country and the world, most recently in Hamburg, Rome, and Stockholm. Her play The Last Match premiered at The Old Globe Theatre and was nominated for the 2016 San Diego Theatre Critics Circle Outstanding New Play award. Boy, which premiered off-Broadway in a Keen Company/Ensemble Studio Theatre co-production, was nominated for the 2016 Outer Critics Circle John Gassner Award. A Delicate Ship was produced at Cincinnati Playhouse in the Park and the Playwrights Realm and was a New York Times and Time Out Critic’s Pick. Anna holds commissions from Second Stage Theatre, The Geffen Playhouse and Seattle Rep. Oberon Books has published a collection of her work entitled "Anna Ziegler: Plays One." She holds a BA from Yale and an MFA from NYU’s Tisch School of the Arts. annabziegler.net 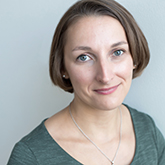 Bridget is thrilled to be making her Cincinnati Playhouse in the Park debut with Anna Ziegler's thought-provoking play. She assisted Michael Evan Haney on Ziegler's A Delicate Ship, as the inaugural Playhouse Directing Fellow. She has previously directed for the Playhouse's Off the Hill series. Bridget is a 2019 People's Liberty Grant recipient for her project Desktop Theatre, an arts initiative that helps teachers integrate the performing arts with larger-than-life plays made small enough to fit on a child's desk. She previously collaborated with Cradle Cincinnati to develop a healing-through-storytelling pilot program for mothers in Price Hill and is a former Cincinnati Arts Ambassador Fellow. Her production Slut Shaming – commissioned by NYC's The Culture Project— was produced by Xavier University in coordination with their TITLE IX office and was awarded the Ignatian Medal for Outstanding Commitment to Diversity and Social Justice. Bridget teaches at Xavier University and has directed at Xavier and Miami University. She was featured in American Theatre magazine and had her work highlighted in Teaching Theatre magazine, a publication of EdTA. Bridget has her M.F.A. in Directing from the Actors Studio Drama School at Pace University. She calls East Price Hill home with her husband, playwright-composer Trey Tatum, and puppies "Pocket" and "Lint.” Visit bridgetleak.com for more information. #ADirectorsLife 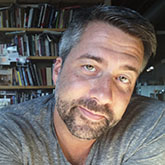 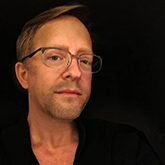 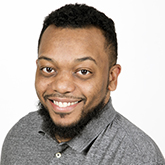 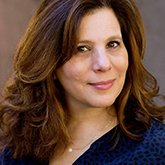 Stephanie is thrilled to continue her collaboration with Blake Robison and Cincinnati Playhouse in the Park. Select shows she has cast for the Playhouse are Once on This Island; Alias Grace; You’re a Good Man, Charlie Brown; The Thanksgiving Play; Two Trains Running; A Christmas Carol; Cincinnati King; Miss Bennet: Christmas at Pemberley and The Roommate, in addition to Shakespeare in Love; Mr. Joy; Be Here Now; Marie and Rosetta; Sooner/Later; Treasure Island and Murder for Two in 2017-18. Previously for the Playhouse, she cast A Prayer for Owen Meany, Disgraced, A Christmas Carol, Jane Eyre, All the Roads Home, Ken Ludwig’s Baskerville: A Sherlock Holmes Mystery, The Secret Garden, Sex with Strangers, Mad River Rising, Native Gardens, The Revolutionists, To Kill a Mockingbird, Mothers and Sons, Sherlock Holmes and the Adventure of the Suicide Club, Safe House, Tenderly: The Rosemary Clooney Musical, Circle Mirror Transformation, Peter and the Starcatcher, Buzzer, Fly, Seven Spots on the Sun, Clybourne Park, 4000 Miles, Pride and Prejudice, as well as Shipwrecked! An Entertainment; The Book Club Play; Leveling Up; Abigail/1702; The Three Musketeers. Her work is frequently seen on Broadway, off-Broadway and regionally, as well as on film and television. She has many exciting projects running and upcoming in New York, regionally and in Europe. Stephanie is a member of the Casting Society of America.
Read Bio 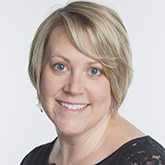 Andrea is excited to be celebrating her 20th season with Cincinnati Playhouse in the Park, having worked on more than 90 productions. A highlight of every season for her is stage managing A Christmas Carol. Favorite Playhouse credits include Alias Grace; The Last Wide Open; The Roommate; Treasure Island; Be Here Now; Mr. Joy; Erma Bombeck: At Wit’s End; Jane Eyre; Disgraced; Bad Dates; The Revolutionists; Peter and the Starcatcher; I Loved, I Lost, I Made Spaghetti; The North Pool; The Trip to Bountiful; Merrily We Roll Along; As You Like It; Behind the Eye; The Understudy; Blackbird; Durango; Around the World in 80 Days; Altar Boyz; Smoke on the Mountain Homecoming; Reckless; Ace; The Clean House; A Picasso; One; Abracadabra (2002-2007); The Bible … (abridged); and Dark Paradise. Regionally, she stage managed The Blonde, the Brunette and the Vengeful Redhead (Dallas Theater Center); Ace (The Old Globe); Lost Prospect (Ingenuity Festival of Cleveland); A Midsummer Night’s Dream and The Nutcracker (Cincinnati Ballet); and Snow White and Beauty and the Beast (Cincinnati Ballet’s Otto M. Budig Academy). She also served as the production stage manager for the Jonesborough Repertory Theatre. Andrea is a proud member of Actors’ Equity Association. She would like to thank her family, friends, Dylan and Scott for their unending support. 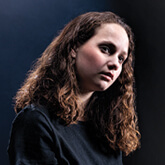 Stay after select performances for a behind-the-scenes discussion with the cast and crew of Actually. 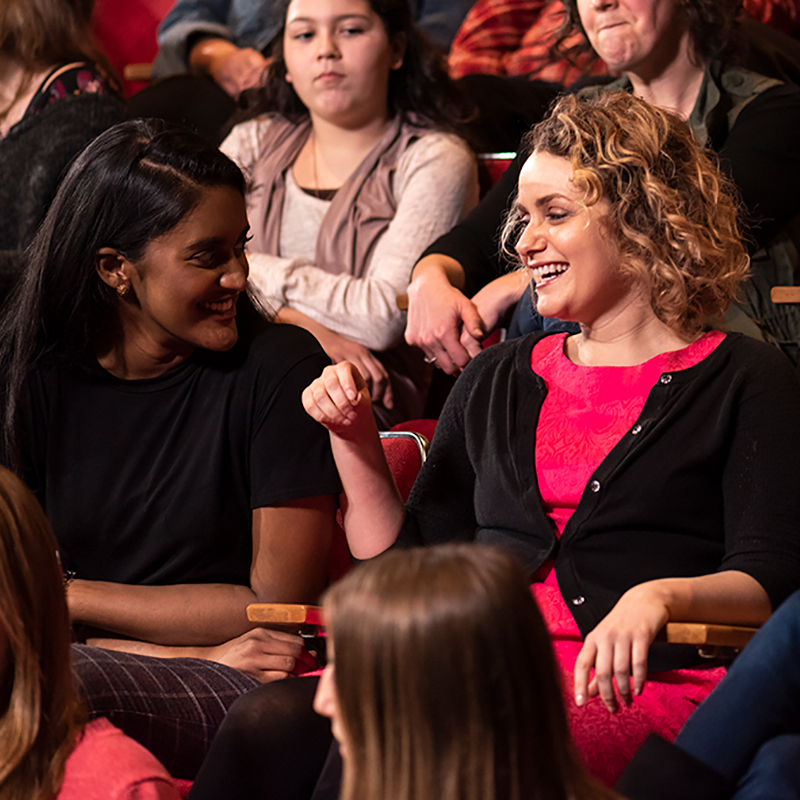 Students can join us for any performance during the run of Actually  for $10 College Night. To take advantage of this offer, use promo code: CollegeNight or call our Box Office at 513-421-3888. Make sure to bring your student ID when you pick up your tickets!